Anniversary artwork will be awarded to one lucky Twitter follower. 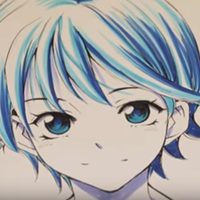 To celebrate the third anniversary of the manga Fuuka and the release of the anime adaptation, series creator Kouji Seo sat down to draw a special full-color image of the eponymous character. Weekly Shonen Magazine shared a sped-up video of the process:

The autographed final product will be given away to a lucky Twitter follower as part of a special promotion. Sharing this video on Twitter with the hashtag #風夏の作画動画 ("Fuuka sakuga video") by January 30 will enter users in a contest to win the piece itself. The winner will be notified via DM.