A member of the infamous Chinese fansub group "Subtitle Team" 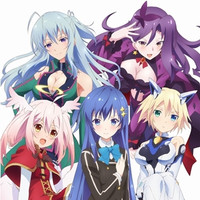 According to to the police, the man illegally downloaded the fifth episode of the TV anime Ange Vierge at his apartment at the time in Nerima Ward, Tokyo, around on August 7, 2016 (In addition to uploading, knowingly downloading illegally uploaded copyrighted materials, such as videos, music, and leaked magazine pages before release, is also considered as crime in Japan). Then he uploaded the video onto the internet using a file sharing software without permission from the copyright holder of the anime on September 25 of the same year. He has already admitted his charge.

Kyoto Police has confirmed that he is a member of a Chinese fansub group, called "字幕組" (Subtitle

Team). Back in September 2016, the police arrested two Chinese men for uploading episodes of The

arrest case of the infamous group's members in Japan.

When the suspect uploaded the video onto the net, it had no Chinese subtitles, but someone added it

later. The police is still investigating the case to find other members involved in the crime.