Two owners are sentenced to three years in jail with a fine of 142,560 US dollars 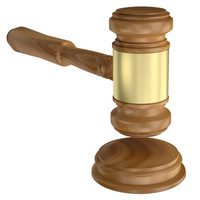 The Content Overseas Distribution Association (CODA) reported on February 24 that three male defendants were found guilty this month in the Wenjiang District Court in Chengdu City, China, of operating a pirate manga site. This is the first criminal case in China for infringement of copyright of Japanese manga works.

The three were arrested by the City's Department of Public Safety on April 15, 2015, and their trial had been going since then. According to the report, the three established a company to operate the pirate manga site called "imanhua.com" in August 2014. The site illegally uploaded 5,216 Japanese (including popular series like Naruto and One Piece) and 23 Korean manga titles without the copyright holders' permission and earned at least 1.8 million yuan (about 257,000 US dollars) by the affiliate links on the site in eight months.

of one million yuan (142,560 US dollars) and the accessory carried a two-year sentence (suspended for

in 2002 to cooperate to reduce piracy of Japanese contents around the world. Based on the request from

the Economy, Trade and Industry Ministry of Japan, CODA conducted the survey with its 33 member companies.

According their research, the damage caused by piracy of Japanese films, anime, broadcasting programs,

which was more than double of the sales through legitimate distribution routes of the year, 123.4 billion yen

*the thumbnail photo is provided by AC Illust