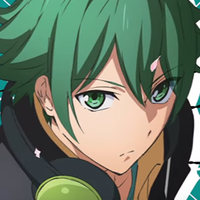 It's time to start getting to know the heroes of Kenka Banchou Otome -Girl Beats Boys-, the upcoming light novel adaptation that makes Haruhi's debt in Ouran High School Host Club look like a cushy job.

The original VN is a spinoff of the Kenka Banchou fighting game series, this one featuring a young woman named Hinako masquerading as her long-lost twin brother so he doesn't have to go to the toughest school in the prefecture. Thus Hinako -- now Hikaru -- attends Shishiku Academy in her brother's place.

According to his official description (via Otome Jikan):

In the class beside the heroine, he is the strongest in their grade. As a user of jiu-jitsu he fights regardless of his physique. In regard to the heroine, who is smaller than everyone else, he feels a kindred spirit and is kind to her somewhat. But, because he dislikes females under the prejudice that "females = weak", never in his wildest dreams would he think that the heroine is a girl.

Shouta Aoi (Ai Mikaze, Uta no Prince-sama), who voiced Takayuki in the visual novel, will be reprising the role in the anime.