"I thought it would be a waste of money if I rent them." 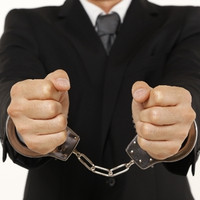 On April 3, Kanagawa Prefectural Police arrested a 42-year-old man for stealing 25 anime DVDs at a rental DVD store in Hiratsuka-city in the prefecture immediately following the crime. The suspect is a technical staff member of the Yokohama Harbor Police Station.

According to the police report, he pulled out the 25 DVDs (purchasing prices total: 194,000 yen/about 1,750 US dollars) from their cases and concealed them under his jacket. The theft was witnessed by the manager of the store who thought he was acting suspiciously. The manager caught him right after he walked out the store without paying, then called the police.

The suspect has worked as ship operator at the Yokohama Harbor Police Station. He was off duty on that day and visited the store during picking up his child who went to lesson. He has already admitted his charge and said, "I thought it would be a waste of money if I rent them." Yasuhiro Nitta, the chief of

Inspector General Room at the Kanagawa station, commented on the case, "This is an act that should

not be happened. We will take strict action based on the following investigation."

*the thumbnail photo is provided by AC Illust