Two facilities are planned to be build in Tokyo, including the Akihabara area 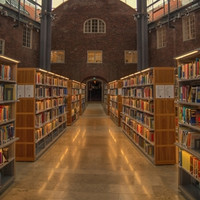 On May 12, the project team of the Liberal Democratic Party's Special Mission Committee on the Cool Japan strategy decided on a policy to promote the construction of new national facilities that collect and preserve manga and anime's original drawings by development of the related laws.

The team hopes the plan, called "MANGA National Center Initiative," to be included in Japanese Government's forthcoming basic policies for economic and fiscal management, and to open the facilities in 2020, the year of Tokyo Olympic Paralympic Games. In the plan, "MANGA" stands for Manga, ANimation and GAme.

In the outline for the plan arranged on the day, MANGA National Center is defined as a branch of the National Diet Library and assists human resource development related to anime and manga. In addition, funding by the government for selected time period is required. The two facilities are planned to

be build in Tokyo, including the Akihabara area.

of such facilities. "So many materials about Japanese animations and tokusatsu films have been lost everyday.

I hope to preserve as many as those old materials, which are treasures to us, in a public place," Anno said to