Panties, Maids and Idols All Served Up In "Konosuba" Game Preview

Don't watch if the new preview if you're stressing out about the unliklyhood of a localization for 5pb. (Steins;Gate) visual novel K 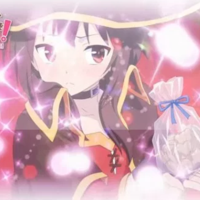 Don't watch if the new preview if you're stressing out about the unlikelihood of a localization for 5pb. (Steins;Gate) visual novel KonoSuba: God’s Blessing on this Wonderful World! – Judgment to this Greedy Game! It certainy looks like it's going to have plenty of the series' trademark humor along with plenty of fanservice.

A limited edition features a CD with soundtrack and original drama, while early purchase bonuses include Attack the Destroyer shooting game and bath towel outfit DLC.

Prior to the game hitting Japanese PS 4 and PS Vita on September 7th, a theme song single will be released on August 23rd with Machico opening "Million Smile" and "101Sheep" by Aqua (Sora Amamiya), Megumin (Rie Takahashi) and Darkness (Ai Kayano)