"Etrian Odyssey V" Launches in North America, is Out Digitally in Europe 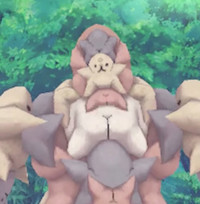 Hey, would ya look at that, Etrian Odyssey V: Beyond the Myth is out in North America! Atlus timed the release nicely with more information on the European version, as well. Previously listed as "TBA," it's actually out now digitally in both regions. The physical release is currently North America-only, but it's coming to retail in Europe on November 3.