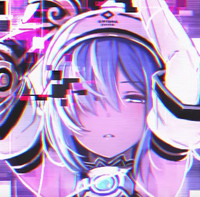 It's been a while since we posted about Compile Heart's Death end re;Quest, which has players exploring a bug-filled VRMMORPG called World Odyssey… after service has ended. According to this week's issue of Famitsu magazine, the RPG is locked in for a March 1, 2018 launch on PlayStation 4 in Japan. 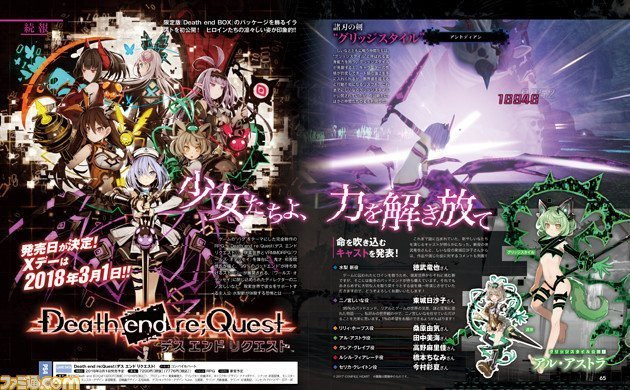 Those who pre-order will get a PC version of the fake retro RPG that was used to announce Death end re;Quest in the first place. Playing further in End Quest will fuel discovery in the main game in some way. 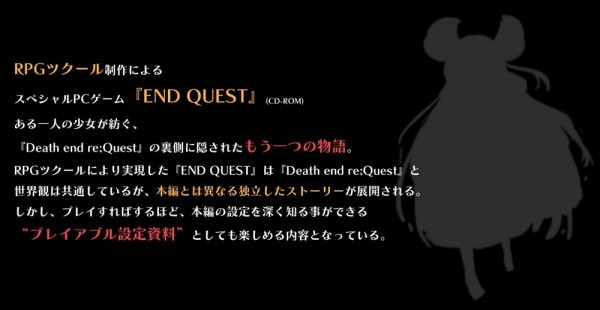 There's also a limited edition on the way. The ¥11,016 ($97) set packs the game with an art book, original soundtrack, bonus materials CD, and a set of B5-size clear posters in a special box illustrated by Kei Nanameda. 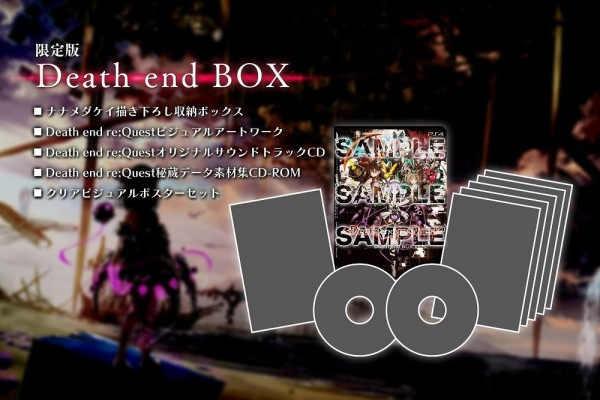 Tags
death end re;quest, games
« Previous Post
Five Reasons Why I'm Excited for "Recovery of an MMO Junkie"
Next Post »
This IS the black pepper-mapo tofu-curry-surprise FINAL FORM RECIPE to end all final forms.
Other Top News
2 Comments
Sort by: