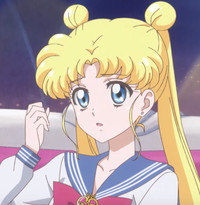 Viz Media's first Blu-ray and DVD collection of Sailor Moon Crystal season 3 is up for pre-order now ahead of a December 5 launch, so it's time for an extended preview. Check out the latest sample of the English dubbed release below.