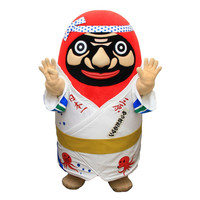 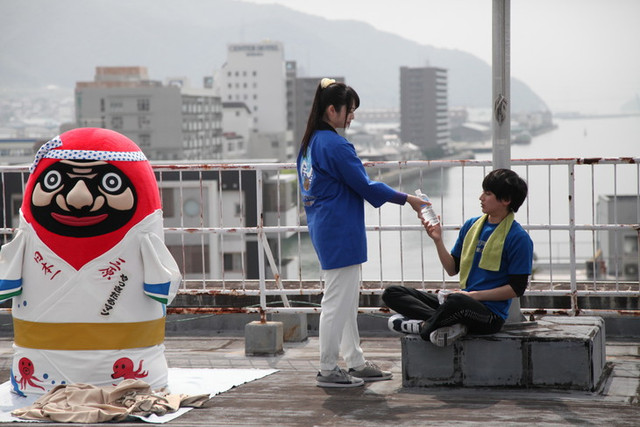 Yassadaruman, the official mascot character for the city of Mihara in Hiroshima Prefecture, is the inspiration for a "refereshing youth story" live-action film about a young man struggling to stay motivated in the face of a crushing defeat. The film is entitled Yassadaruman, and it is directed by Kenichi Ohmori (The Book Pedlar, Samurai Pirates).

In Yassadaruman, Hisano Sato plays Hajime Kisaragi, the suit-actor responsible for portraying the Yassadaruman character. Hajime is down in the dumps after his character comes in dead last at the annual Yuru-Kyara Grand Prix, causing him to be scolded by his superiors. Hajime spends his days in-costume attending public functions and his nights drinking his troubles away at a local bar, but his luck begins to change when he meets Yuuna Isodani (played by Ayana Taketatsu), a huge fan of the Yassadaruman character, and he falls in love at first sight.