Square Enix puts a bunch of visuals on display to celebrate 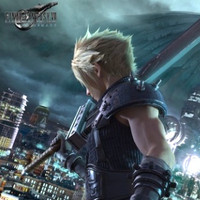 A Final Fantasy "Farewell Stories" 30th Anniversary Exhibition is being held at Tokyo's Mori Arts Center Gallery from January 22 to February 28, giving Square Enix plenty of room to showcase art from the series. One of the highlights is a wall of concept art from the upcoming Final Fantasy VII Remake, some images of which have made their way online thanks to early press access.

Other aspects of the display include a complete recreation of the Sector 5 Church in which Cloud and Aerith first met. It all comes together as part of a Final Fantasy VII "The Words Aerith Left Behind" exhibit, with image boards on display along with audio of a monologue highlighting Aerith's memories.

Kazushige Nojima provides the scenario, featuring voiceover by Maaya Sakamoto. You can see some of the Final Fantasy VII Remake boards in the snaps below.