The first arrest of the infamous group's members in Japan 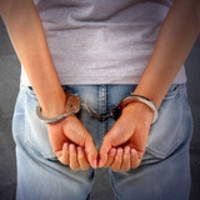 Five prefectural police departments in Kyoto, Yamaguchi, Shizuoka, Mie, and Shimane announced on January 31 that they had arrested five Chinese men and women in age of 23-28 years on charges of copyright infringement. The five are accused of posting illegally translated Japanese manga, game, and game magazines onto the internet without their copyright holders' permission in order to make them available for free to the many and unspecified persons.

They are believed to be members of the infamous Chinese group "漢化組" that has been involved in illegal translation and online distribution. According to the police investigation, they translated and posted Japanese manga, game, and game magazines, including Karuho Shiina's shoujo manga Kimi ni Todoke and Konami's PSP and PS Vita game Yu-Gi-Oh! Arc-V Tag Force Special, between January 2015 and January 2018, knowingly they would be distributed illegally. They have already admitted guilt, saying "We translated them for my friends to read." This is the first arrest of the group's

*the thumbnail photo is provided by photo AC