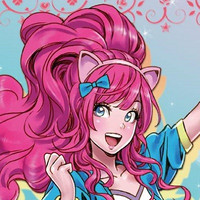 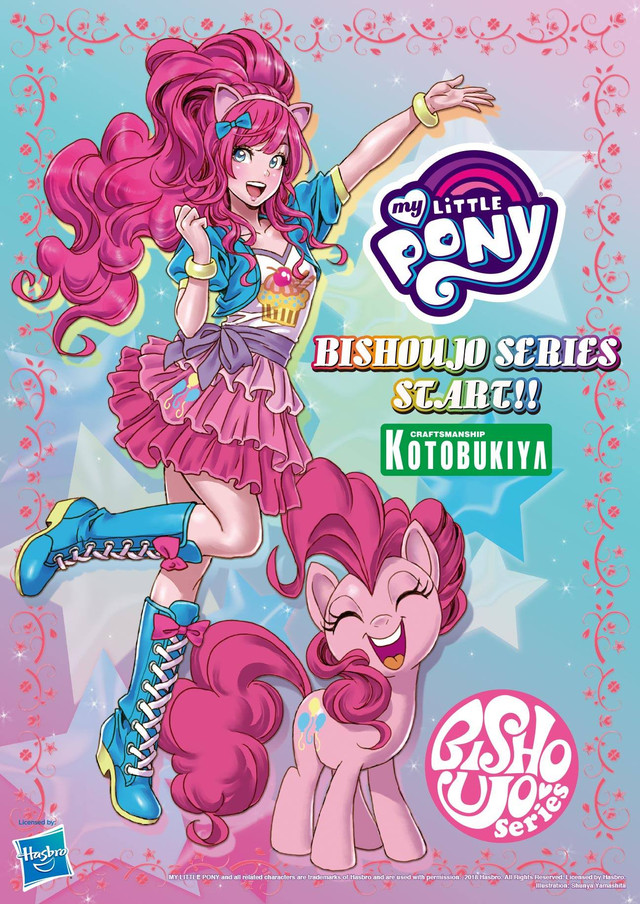 Move over, Equestria Girls! My Little Pony: Friendship is Magic and Kotobukiya are teaming up for a new line of bishoujo statues that transform the mane cast of the people all-ages Hasbro cartoon into fully-fledged anime girls, and Pinkie Pie is the first pony to get the moe treatment:

Kotobukiya has also announced that another popular Hasbro property, G.I. Joe, will also be receiving a new line of bishoujo statues with designs by Shunya Yamashita. Further details about the new statue lines will be released at a later date. Personally, I've got my fingers crossed for some bishoujo Transformers statues. Who wouldn't want a sexy Starscream?