Find out what the publisher had to reveal at C2E2 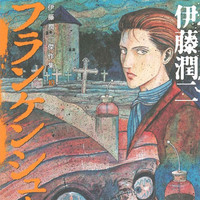 Here's a rundown from Viz:

Announcement: Make Animals: Felt Arts from Japan releases November 2018. Book includes a gallery of the astonishing work by Japan’s top felting artist and step-by-step instructions on how to make these stunning creatures. pic.twitter.com/ansHXtwUWP

The second JoJo's Bizarre Adventure set is up for pre-order now. Check out the package and a dubbed preview:

Jotaro Kujo and Joseph Joestar stand together against a fiendish enemy who's returned stronger than ever! #JJBA