"Under the Dog" Gets Limited Theatrical Release in Japan 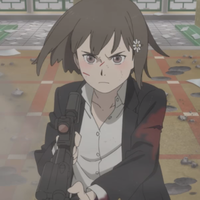 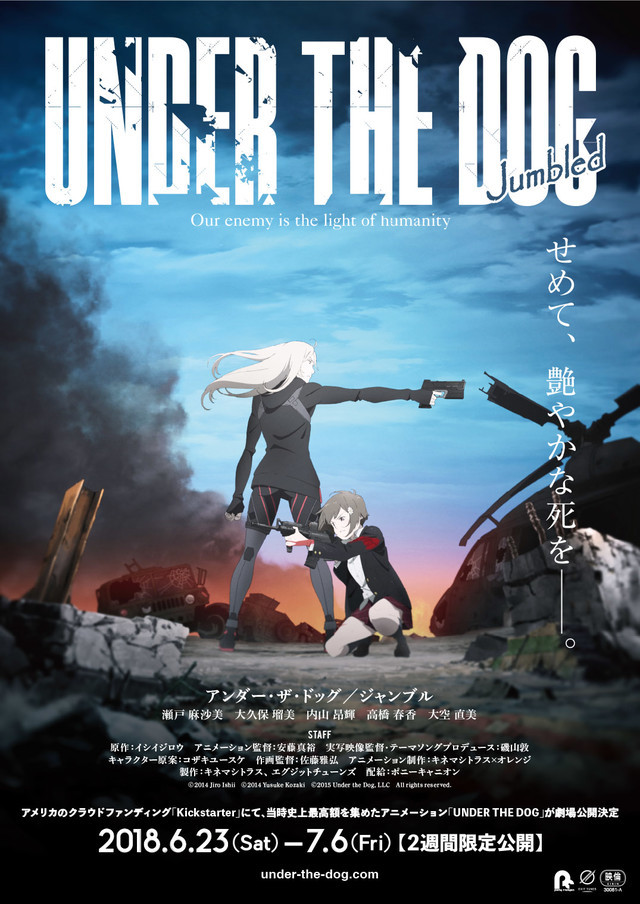 Under the Dog, a 2016 original anime with direction by Masahiro Andō and animation by Kinema Citrus and Orange, is heading to Japanese theaters in June for a limited, 2-week theatrical release in a special edition version entitled Under the Dog Jumbled.

Under the Dog Jumbled will screen at the Shinjuku Wald9 venue in Tokyo, the Umeda Burg7 venue in Osaka, and the 109 Cinema Nagoya venue in Nagoya from June 23 - July 06, 2018. A new animated short film featuring chibi character designs and entitled Anthea-chan will also screened. 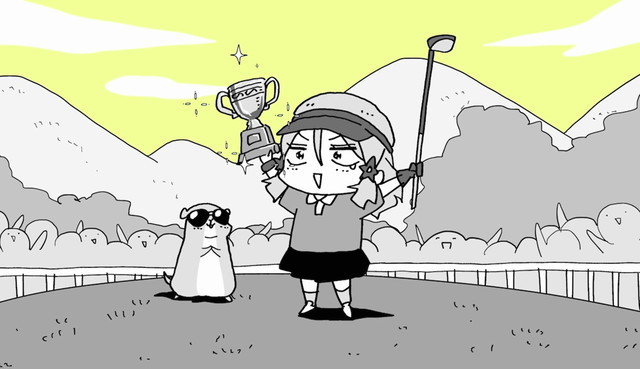 Under the Dog began life as a Kickstarter project in 2014. The production survived a shake-up over creative differences, and ultimately the Under the Dog anime was released in 2016. The story of Under the Dog is described as follows:

It is the year 2025, five years since devastating terrorist attacks put an end to the 2020 Tokyo Olympic Games. The UN has taken control of the former Olympic site on the edge of Tokyo Bay, placing it beyond Japan’s jurisdiction.

Hana Togetsu is a seventeen-year-old high school student who lives in the area. Not your typical teen, she belongs to a special unit run by the UN. Hana is sent on a mission as a transfer student to a public high school on Enoshima Island.

Her target: Shunichi Nanase, a boy in her class.

As Hana is about to make contact with her target, a middle-aged man appears at the school asking for Shunichi. The situation turns critical when the American military arrives at the school in pursuit of the man.

As the bloodshed escalates, another teenage girl begins to make her way to the island to break the deadlock.