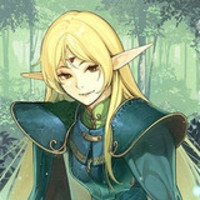 The new Record of Lodoss War novel is scheduled to be released in Japan next winter, while the tabletop RPG will be released in Japan next fall. The release date and release platforms for team ladybug's video game have not yet been revealed, although the behind-the-scenes video (above) indicates that the game is being developed in a retro style drawing heavy inspiration from games such as Castlevania: Symphony of the Night.