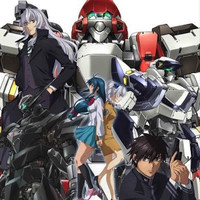 A couple days ago we posted the second full promo for Full Metal Panic! Fight: Who Dares Wins. The strategy-RPG is due out in Japan and Southeast Asia on May 31, and thanks to the latter territories we now have an English-subtitled version of the latest trailer.

Bandai Namco Entertainment Asia also revealed details about the day-one premium exclusive for the region, which is a papercraft figure of Bonta-kun. 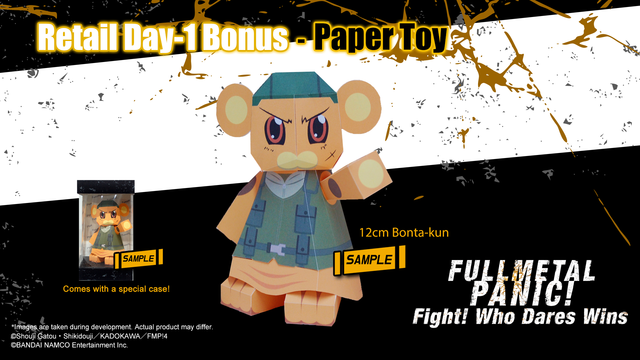 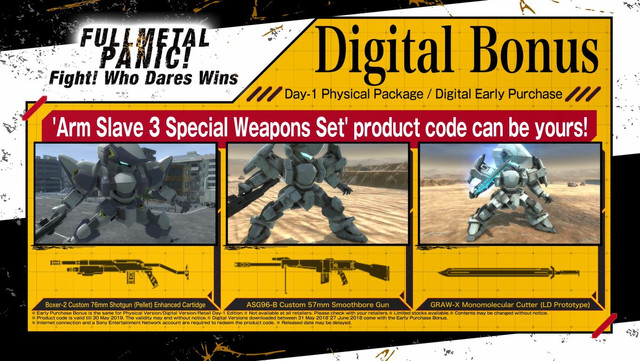