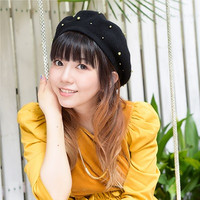 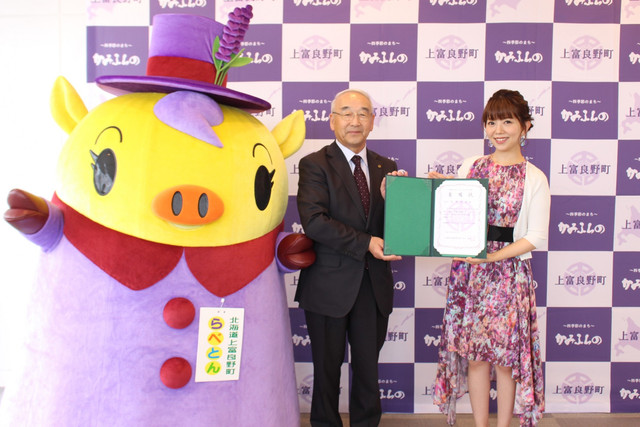 In a special ceremony that was held in Tokyo, singer / voice actress / pianist Yui Makino was appointed as an official "Kamifurano PR Ambassador" by the town of Kamifurano in Hokkaido. The ceremony was attended by Tomio Mukaiyama, the mayor of Kamifurano, as well as Laveton, the official mascot character of Kamifurano. 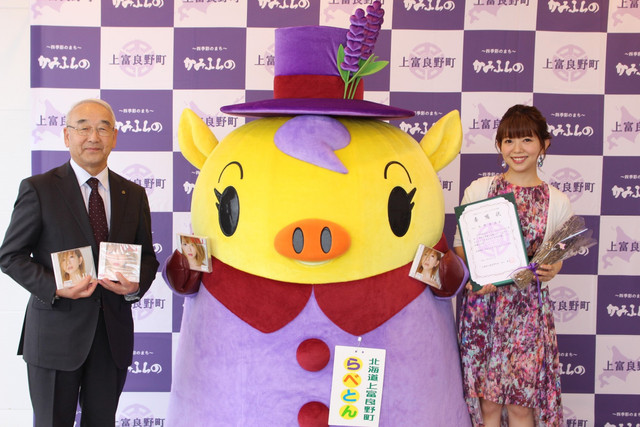 Makino was awarded the honorary position for her outspoken appreciation for Pokka Sapporo's Furano Lavender Tea, which uses lavender that is cultivated in Kamifurano. The goal of the position of Kamifurano PR Ambassador is to promote tourism in Kamifurano and to build-up the image of the town.