See all the new releases and rescues announced this weekend! 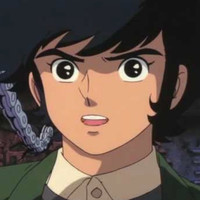 Discotek Media announced a bunch of licenses at Momocon this weekend, including some oft-requested licenses that should have long-time anime fans excited. The latest additions include the Devilman OVA, Angel Cop, All Purpose Cultural Cat Girl Nuku Nuku, The Law of Ueki, Cardcaptor Sakura: The Sealed Card, and a Lupin III: The Legend of the Gold of Babylon, complete with a brand new English dub.

Discotek's Blu-ray release of the remastered Devilman OVA will pack in the Japanese language track with revised subtitles and the original English dub, as well as a newly-translated audio drama. Angel Cop is getting a digitally restored release on Blu-ray with its old dub, vintage trailers, a text interview with the dub writer, and a new historical essay.

Yes, that's right, it's ANGEL COP ON BLU-RAY with an essay from me! And other things! Thanks, @discotekmedia! https://t.co/ImmDuBdMb8

All Purpose Cultural Cat Girl Nuku Nuku is coming to SD Blu-ray later this summer with the OVA, TV Anime, and DASH! OVA, all with Japanese language and English dub options. All 51 dubbed and subbed episodes of The Law of Ueki will be on SD Blu-ray this summer, and the Cardcaptor Sakura: The Sealed Card movie will be remastered in HD on Blu-ray with Japanese audio and the Bang Zoom! Entertainment dub.

On top of that, there will be Blu-ray releases for Mazinger Edition Z: The Impact! and Babel II this summer. As for the company's planned SD Blu-ray release of Cyborg 009 The Cyborg Soldier, it's coming out sometime this year, with all 51 episodes along with restored openings and endings.

Here's a trailer for the newly-dubbed release of Lupin III: The Legend of the Gold of Babylon: