Etrian Odyssey X will be the final entry on 3DS 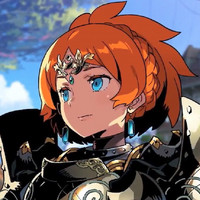 The upcoming Etrian Odyssey X—due out on August 2 in Japan—may be the final entry on 3DS, but director Shigeo Komori reminds us that it isn't the end of the series as a whole. After thanking fans for allowing them to continue to this point, Komori said they're moving quickly toward a whole new world for the series. Atlus popped a brief video online to tease the "next stage."