Can poor Honda-san survive his shift when a villainous super-group makes a ruckus in his store? 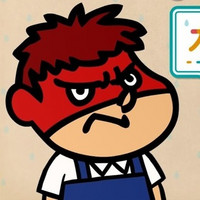 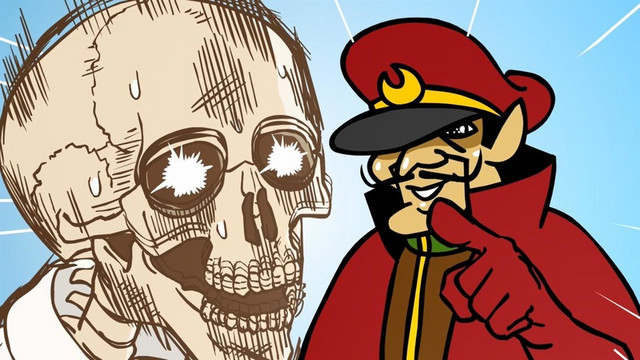 In a clever mash-up of two series that are both animated by DLE, the cast of Eagle Talon visits the workplace of everybody's favorite beleaguered skeleton bookstore clerk, Skull-Face Bookseller Honda-san.

In the clip, Yoshida of Secret Society Eagle Talon attempts explain to the Chancellor everything there is to know about the essay-manga-turned-TV-anime, Skull-Face Bookseller Honda-san, which chronicles Honda-san's life as a clerk in the comics section of a busy Japanese bookstore. Unfortunately for the onlooking Honda-san, Yoshida gets just about every detail wrong, from the genre ("death game survival horror" rather than "office comedy") to Honda-san's own name!