Mascots and Mecha Clash in "Gundam vs. Hello Kitty" Project 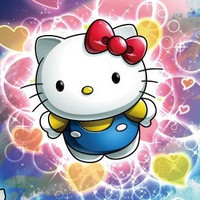 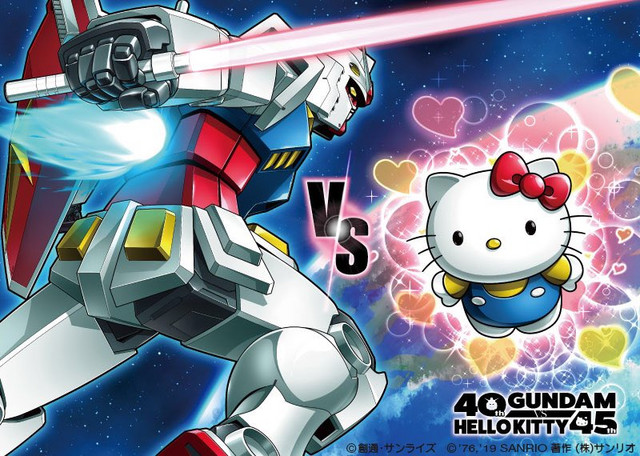 Cuteness is freed from the bonds of gravity in "Gundam vs. Hello Kitty", a strange new collaboration that celebrates the 40th anniversary of Mobile Suit Gundam and the 45th anniversary of Sanrio's Hello Kitty mascot character with a "showdown project" that pits both franchises against one another online and in real life. 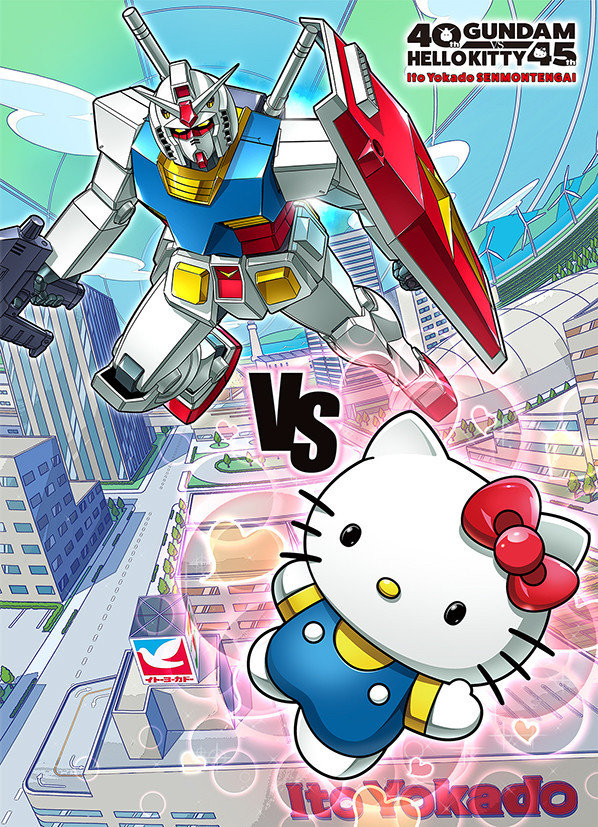 Although the full details of "Gundam vs. Hello Kitty" have not yet been revealed, it is known that the project involves a LINE campaign where fans can vote for their favorite characters from each franchise and earn prizes, real-life promotions with restaurants and retail stores featuring this new rivalry, a "real mystery solving game" sponsored by SCRAP that is scheduled for Summer of 2019, and an animated preview video in which Kitty and the Gundam crew meet. 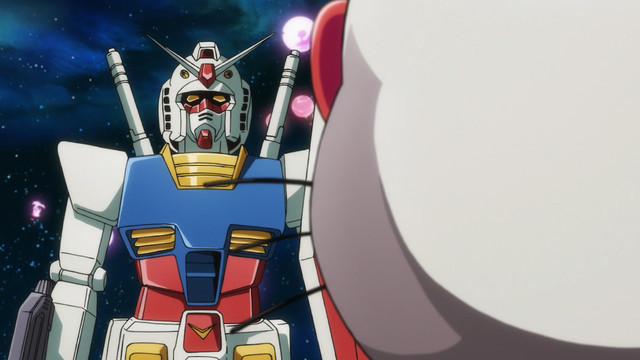 I don't think it's possible for Amuro to defeat Kitty without access to the Psycho-Frame system. She's just too powerful.