Simultaneous release of footage will also be screened at Anime Expo in L.A. and at other sites in Shanghai and Japan 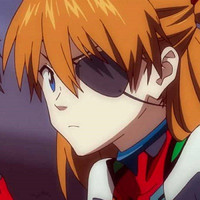 Now that the Netflix re-release of Neon Genesis Evangelion is the talk of the town, Studio Khara is keeping the hype-train rolling with "Operation 0706", a strategy in which they will show off the first 10 minutes and 40 seconds of the upcoming Evangelion: 3.0+1.0 film at the JAPAN EXPO convention in Paris as well as at other sites including in Japan, in Shanghai, and at the Anime Expo convention in Los Angeles, California.

The screening will be held on July 06, 2019, at the "Yoko TAKAHASHI×EVANGELION STAGE" at JAPAN EXPO. Additionally, prior to the advent of "Operation 0706", a new smart phone app entitled "EVA-EXTRA" will be published for Android and iOS systems on July 01, 2019. This free app will feature Eva news, videos, and bonus content in a digtal magazine format.