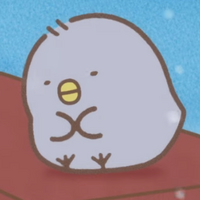 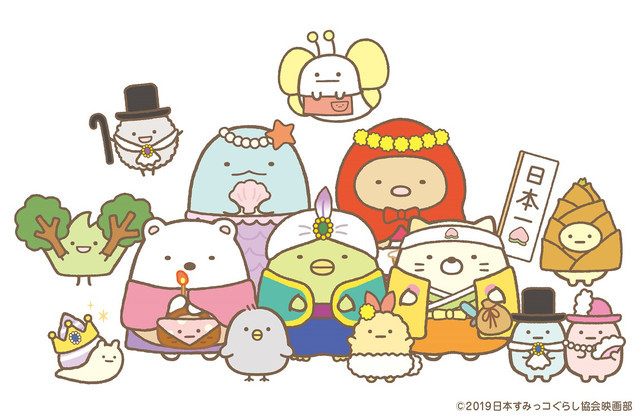 The official movie poster has been unveiled for Eiga Sumikko Gurashi: Tobidasu Eihon to Himitsu no Ko ("Sumikko Gurashi the Movie: The Pop-Up Book and The Mystery Child"), an upcoming theatrical anime film that gets San-X's line of cute but anxious mascot characters out of their comfort zone and into a magical adventure.

In Eiga Sumikko Gurashi: Tobidasu Eihon to Himitsu no Ko, the Sumikkos - a group of corner-dwelling creatures that don't like being the center of attention - are hanging out in the corner booth of their favorite cafe when all of a sudden they are sucked into a magical picture book. Inside, they meet a lost chick who may also be a Sumikko, and they decide to embark on an epic quest to help the chick find their home. 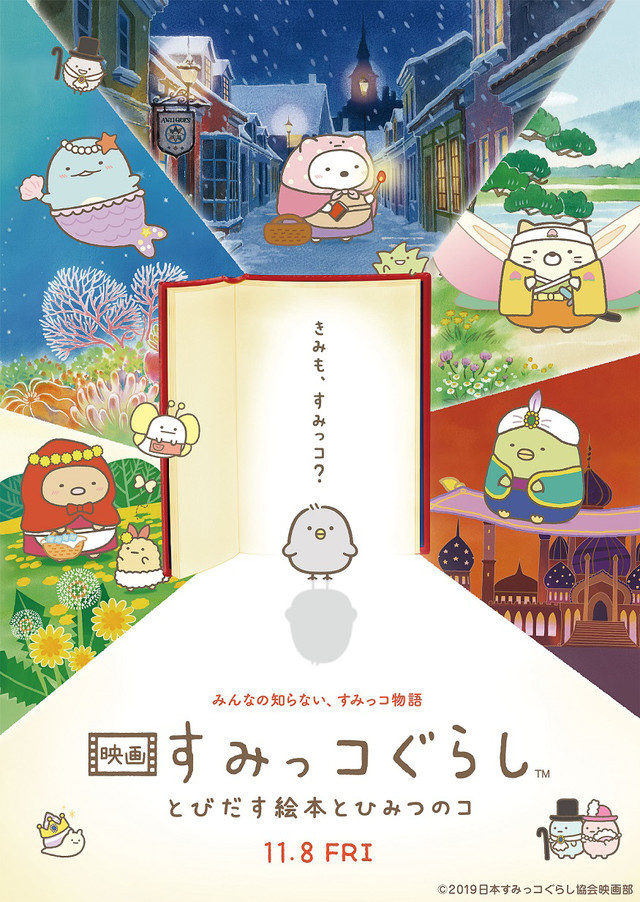 Eiga Sumikko Gurashi: Tobidasu Eihon to Himitsu no Ko is directed by Mankyū and features animation by Fanworks. The film hits theaters in Japan on November 08, 2019.