Meet costumed critters in the wild, take on Darkrai, and catch yourself a shiny! 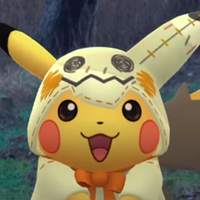 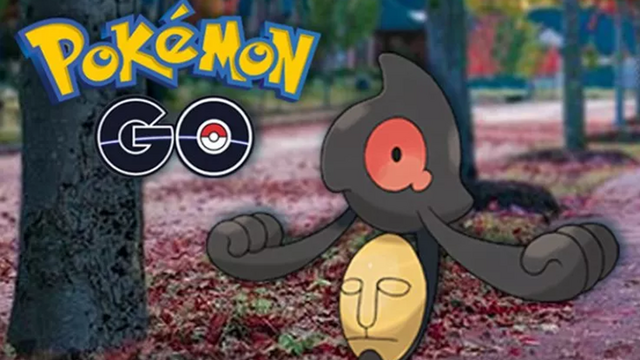 Get out your phones and get walking, because Pokémon GO is launching this year's Halloween event this afternoon!

The star of the show this year is the game's newest addition, pure Ghost-type Yamask. You'll find it roaming around the overworld—and interacting with one in the wild will increase your chances of catching a Shiny Yamask! There will also be an uncommonly high number of Ghost- and Dark-type Pokémon roaming around, in raids, and in eggs.

Speaking of interacting, you'll also be able to see the Gen 1 starters decked out as other 'mons for Halloween. And then there's Pikachu, who's still making a heck of a statement with his choice of costume this year. We're not sure if this is adorable or just rude: 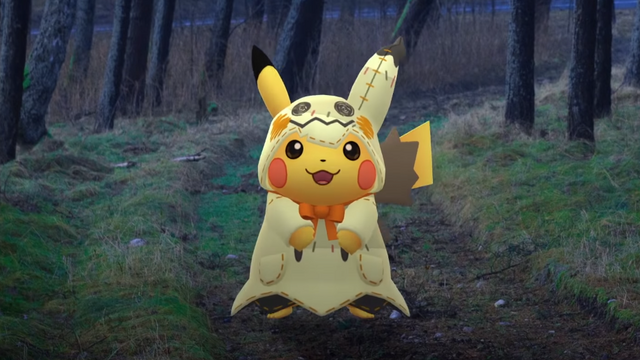 These costumed critters also have a chance to appear as Shinies.

Also making its debut will be the Pitch-Black Pokémon Darkrai, appearing in five-star raids. There's also a new batch of monsters to rescue from Team Rocket, spooky Field Research tasks, bonus candy, and costumes in the Style Shop.

Check it all out in the event trailer, featuring an eerily familiar tune:

The event kicks off today at 4pm Eastern, 1pm Pacific.