Adaptation was recently delayed due to a clash with Thor filming 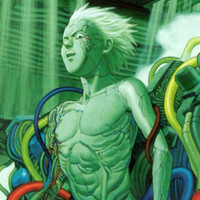 The last update we had on Hollywood's live-action Akira film wasn't a great one. While the movie wasn't shelved, the time it took to properly develop the script ended up pushing production back far enough to clash with Thor: Love and Thunder, which is also being directed by Taika Waititi. For those wondering what's going on now, the Jojo Rabbit director recently spoke with IGN and shared a quick word about the project.

As Waititi says in the video below, Akira has been shifted to the "tail end of Thor," moving production down the line by a couple years. On a positive note, Waititi adds, "We're still gonna make it."

Prior to this, Akira was penciled in for a May 21, 2021 opening. We'll have to wait and see where it ends up after all this.