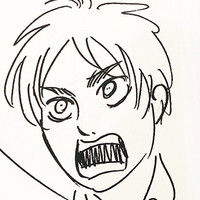 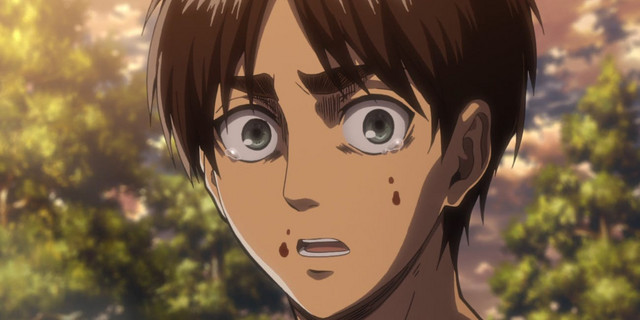 What does Attack on Titan manga author Hajime Isayama aspire to do in the coming year of 2020? He aims to bring the massively popular series to a conclusion, or at least that's what a humorous illustration shared at a year-end meeting for Kodansha's Bessatsu Shonen Magazine implies. 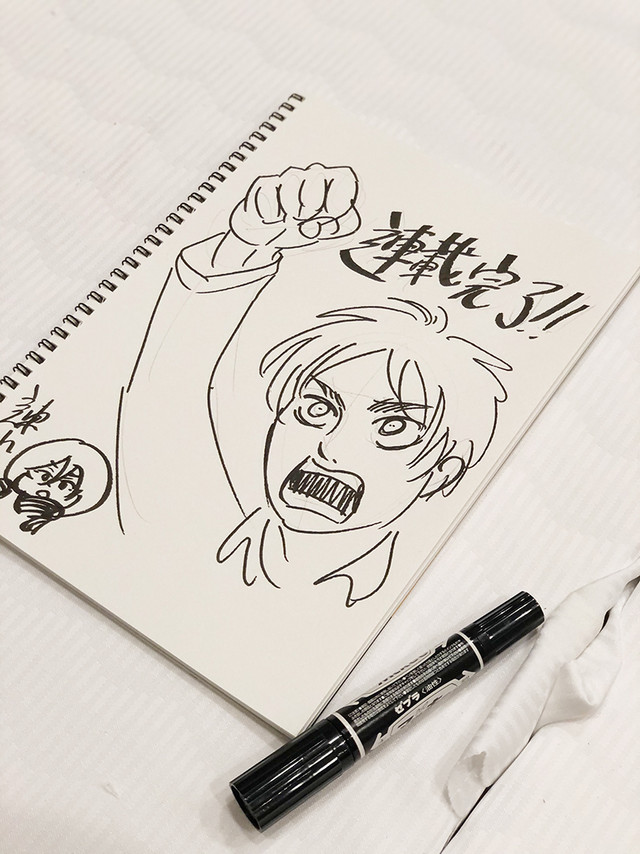 The image (above and below) features a doodle of Eren Jaeger (and Mikasa Ackermann, in chibi form) with Eren shouting the words "Rensai Kanryou!!" ("Serialization Complete!!") in Japanese. The image was published to the official Twitter feed of Kodansha's Bessatsu Shonen Magazine (in which Attack on Titan is serialized), with hash-tags indicating that the image illustrates Isayama's 2020 aspirations and that it was created at the magazine's 2019 year-end gathering. 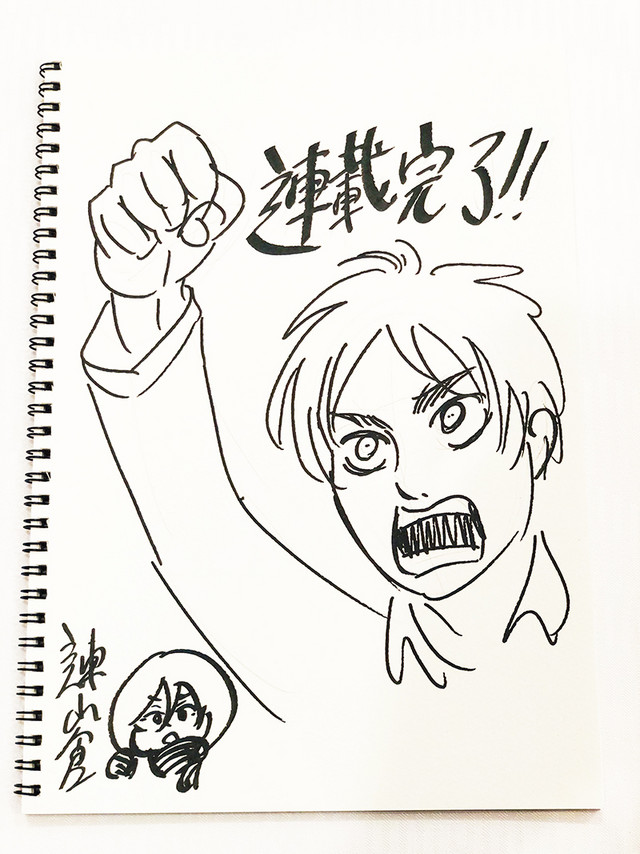 New Years' Resolutions rarely come to fruition, so likely Isayama is just having a bit of year-end fun. But it's good to have goals, right?