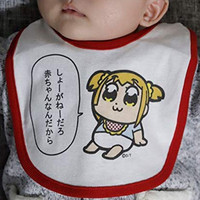 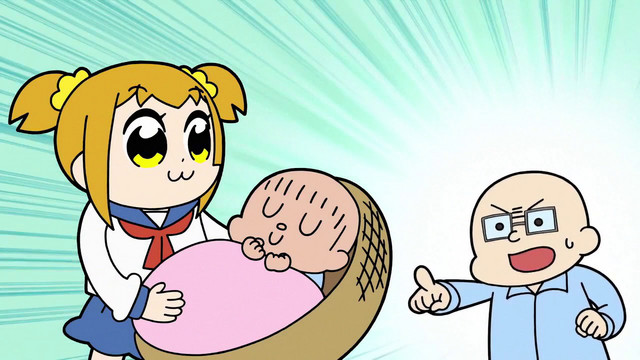 When you think of baby clothes for a newborn, getting Pop Team Epic licensed merchandise probably isn’t very high on the priority list or any list for that matter, but maybe it should be. Last month saw the release of a baby bib from Pop Team Epic – yes, THAT Pop Team Epic – and now it's been delivered to homes across Japan, images of newborns (from their parents) wearing the garment have appeared online – and they’re not happy. 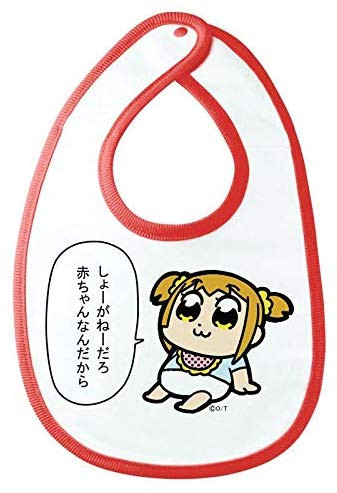 The bib in question

Twitter user @paul_ymt posted an image of his “emotional” child wearing the Epic bib that reads, “Can’t be helped, because I’m a baby.” @paul_ymt said that even the baby cries, it still looks cool in the bib.

This prompted other Pop Team Epic parents to post their images of their babies in the merchandise, with @chapppp0609 posting their own “emotional” kid in a romper with the same image.

Not all the kids were emotional over the image, @porco122’s child was looking cool while wearing it. They know what’s up.

While the bib was only available for pre-order and is out of stock in most places now, Rakuten is still selling it for 1,718 yen (US$16), though it doesn’t ship internationally for babies of the world to be sick on. If you want to expose your kids to Pop Team Epic early in life, you can stream it on Crunchyroll!

Tags
pop team epic, why is this a thing?
« Previous Post
My Hero Academia Heroes: Rising Goes Plus Ultra in 4D Screenings in Japan
Next Post »
A New Touken Ranbu: Hanamaru Project is Coming Soon
Other Top News
4 Comments
Sort by: