“You’re too slow!” Sonic says to every other film in North America 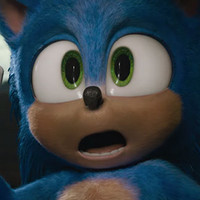 After one of the biggest turn arounds in film history – having to redesign the main CG character after huge fan backlash, delaying the film – Sonic The Hedgehog finally opened around the world (sans Japan and China, two decently sized markets) and has grabbed the S-rank of video game film adaptions, becoming the highest domestic opening weekend for a video game adaptation ever.

Fans of the blue speeder were apprehensive about the Sonic The Hedgehog movie during the initial promotional period. Unlike Pokémon: Detective Pikachu, which warmed the hearts of many with its first trailer, Sonic’s first trailer was ... an experience. Sonic’s design – apparently made to be more “realistic” – was panned for its odd-looking proportions by none other than the co-creator of the blue hedgehog, Yuji Naka. The production team contracted the help of long time Sonic designer Tyson Hesse to help overhaul the character, and overhaul they did!

It seems the goodwill generated by the production team listening to fans, as well as people really wanting a new 90’s Jim Carrey film, paid off, with Sonic The Hedgehog becoming the highest ever domestic opening weekend for a video game adaptation at an estimated US$58,000,000, beating out Pokémon: Detective Pikachu’s record from last year at US$54,365,242.

It’s not known if Sonic will still open in China at all, as most of the films in the country have had their February release dates canceled and theaters are still closed to limit the spread of the virus, but the film is still on track for its Japanese release on 27 March. It’s out in cinemas in most countries right now.