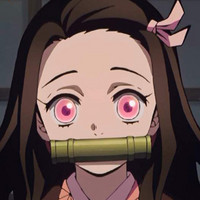 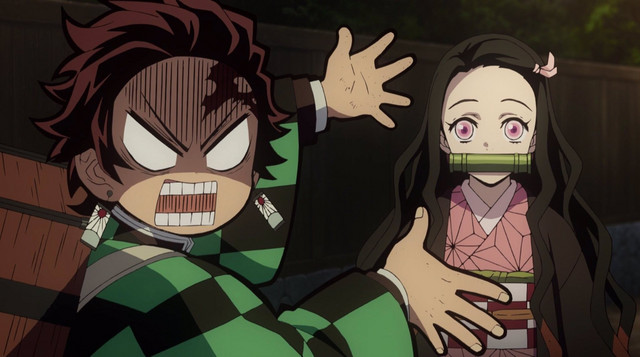 Nezuko Kamado’s brand of cuteness has permeated the pop-culture zeitgeist since her debut in the Demon Slayer: Kimestu no Yaiba TV anime in 2019. Because of this, people cosplaying her have become a mainstay at conventions in Japan and the rest of the world.

But it’s not just cosplayers getting in on the fun, famous people have been dressing up as the demon and taking to the internet to post their images. The latest of which being SKE48 member Jurina Matsui. 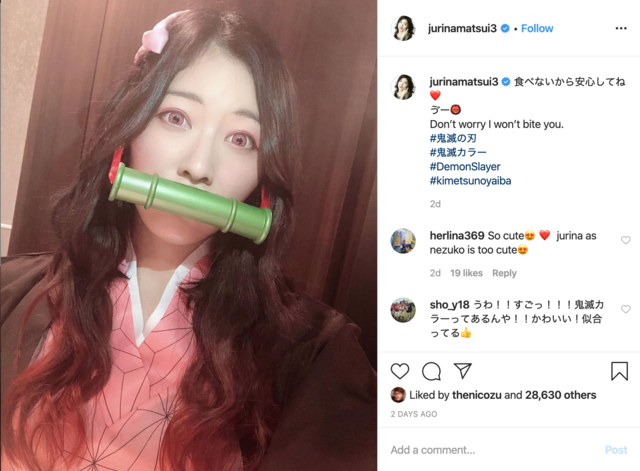 Matsui was the former ace of the first sister group of AKB48, having joined the group as a first-generation member when she was 11 years old in 2008. The now 23-year-old will be graduating from the group in October 2020 after a spate of health concerns.

In the Instagram post, Matsui wrote suggestively “don’t worry I won’t bite you” in both English and Japanese, then writing the onomatopoeia for biting down in Japanese with an oni emoji, a Japanese demon.

Demon Slayer: Kimestu no Yaiba made waves last year when it aired from April 6, 2019, to September 28, 2019, which was followed by a stream on Crunchyroll shortly after broadcast.