The 7-minute deep dive aired on the station in March 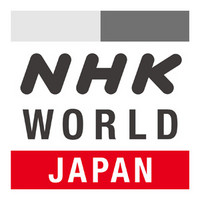 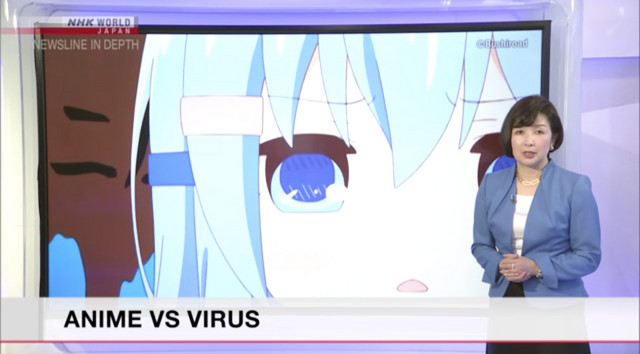 In March, NHK World Japan, the foreign language arm of the Japanese public broadcaster NHK, aired a special deep-dive into the effect that the coronavirus (COVID-19) was having on anime production and business in a segment titled 'Anime vs Virus.' The segment looked at how anime studios were working around the lockdown measures in China that delayed production, how producers were having meetings that may have been scheduled for AnimeJapan, and how anime is being promoted in a world of social distancing and no close contact.

The segment, which can be watched on the NHK World Japan website, spoke to the CEO of anime studio Akatsuki Co., Ltd, who does outsourcing work from other studios and short music videos, such as episode 8 of Dropkick on My Devil! Yara Lo spoke mainly of the lockdown in China and how that negatively affected anime production, as it was hard for the animators in China to not only go to their studio but hard to get the completed animation frames outside of China as they're physical. According to Lo, they usually send a representative to pick up the completed work from China and fly it back to Japan – which can't happen when countries aren't letting people fly in and out. This led to the delay of TV anime such as A Certain Scientific Railgun T and Infinite Dendrogram.

This has likely been made harder as JP Post ceased international package delivery to and from China on March 13, with 153 more countries (including parts of Europe, Africa, and New Zealand) losing package services to and from Japan.

As the segment went on, they followed the activities of producers scrambling to secure deals with international companies in meetings that would have occurred at AnimeJapan 2020, which was canceled due to the coronavirus and Tokyo Governments' request for all large scale events to not be held. 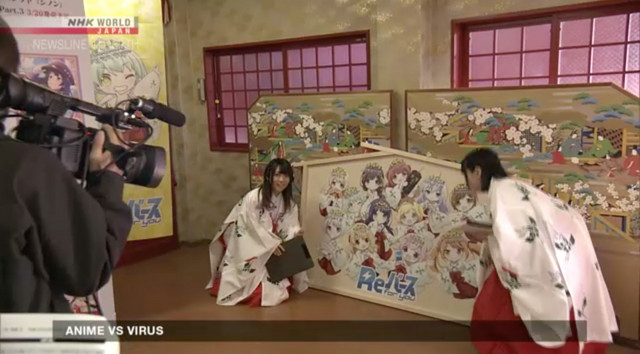 To promote the short Bushiroad anime Rebirth with you, voice actors Runa Narumi and Yuka Nishio did a live show at a shrine in place of any events being held without a live audience, which was featured in the segment. Narumi said that she enjoyed doing a live stream as they'd be able to connect to many more fans, including those from overseas.

While the segment was only a small snippet on how the situation was faring in March, with the increasing cases in Japan, and the increased urges from the Tokyo Prefectural government on limiting contact with others, it'll be interesting to see how anime production will be affected further.

The full segment can be viewed on the NHK World Japan website.