Nurture Your Own Angels From Evangelion With These 'Evatchi' Tamagotchi

Just try and not bring about the Third Impact, okay? 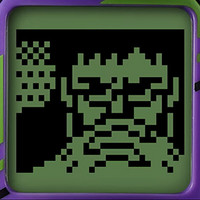 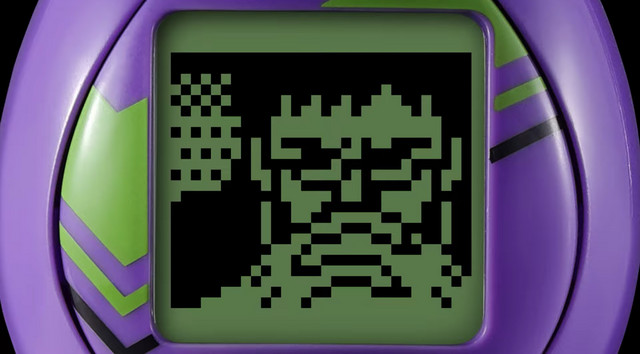 Just when you thought Evangelion collaborations couldn't get any stranger, in celebration of Evangelion 3.0+1.0's scheduled release in June, Tamagotchi has paired up with the franchise to release Angel-based Tamagotchi's, letting people from all around the world try and stop the Third Impact. Because that is what happens when you neglect them.

The 'Evatchi,' as they're called, come in three colors, a Unit 1 design, a Unit 2 'Asuka' design, and a Unit 0 'Rei' design. The three have 20 different angels that you can nurture from the fetus stage all the way to their appearances in the TV anime and anime film series. If you neglect the angels, they will create an AT-field, close their hearts, and you have to destroy them. You can feed them and love them by playing with them and giving them LCL to drink.

Minigames include battle training, where you have to teach the creature to escape from the Spear of Longinus and N2 bombs, and other games which feature moments from the series and voice clips in glorious pixel recreations. 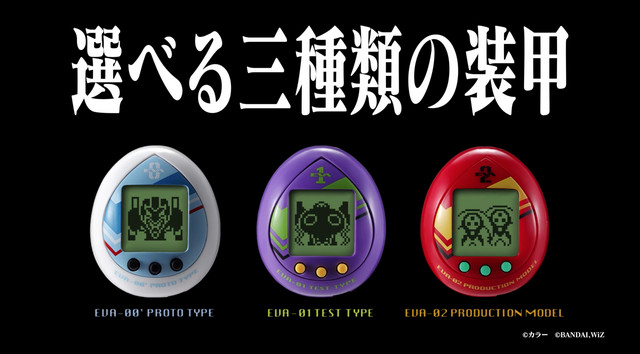 Evatchi is planned to go on sale in toy shops all across Japan on June 13 for 2,530 yen (US$24) each, with Bandai accepting pre-orders from April 15 on their website.

Which Eva Unit will you pick up?