Get ready to join the party with Kazuma and co.! 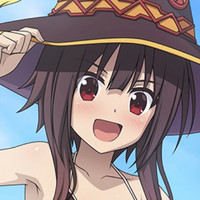 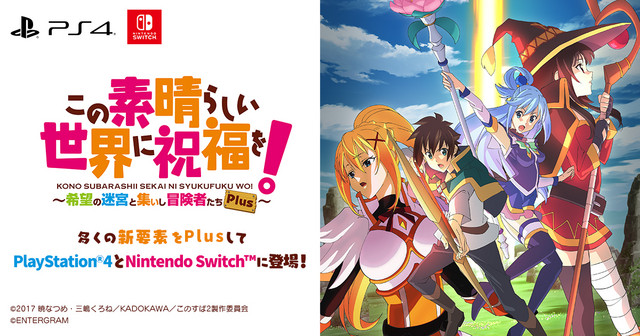 2019's KONOSUBA: God's Blessing on This Wonderful World! Labyrinth of Hope and the Gathering of Adventurers! RPG is coming back in enhanced form on PS4 and Nintendo Switch. The original version of the dungeon-crawler previously launched almost a year ago on PS4 and PS Vita in Japan.

Details are light at the moment, but Entergram announced plans to include new features in what is currently being called KONOSUBA: God's Blessing on This Wonderful World! Labyrinth of Hope and the Gathering of Adventurers! Plus. Stay tuned for more info as it's announced, and check out the newly launched teaser website. 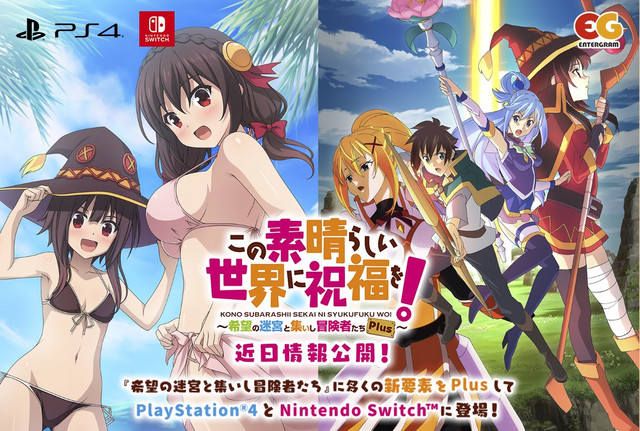 In the meantime, feel free to just stare at Aqua's ridiculous faces.

Crunchyroll to Stream Monster Girl Doctor, The Hidden Dungeon Only I Can Enter, and More