Prinny 1•2: Exploded and Reloaded Launches on Switch This October 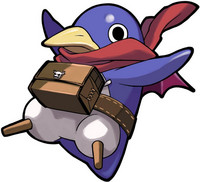 Back in early March, NIS America announced plans to bring the Disgaea spinoff Prinny side-scrollers back in a Switch collection. Previously lined up for this fall, NISA narrowed the launch of Prinny 1•2: Exploded and Reloaded to October 13 in North America, October 16 in Europe, and October 23 in Oceania.

There's a new trailer to go along with the date:

This two-pack features updated graphics, and will also be available in a special Just Desserts Edition, which includes the game in a collector's box with Prinny's Scrapbook of Memories, Prinny's Awesome Mix, Can I Really Be a Prinny Block? and an Asagi Wars EX Alpha Championship Edition poster. 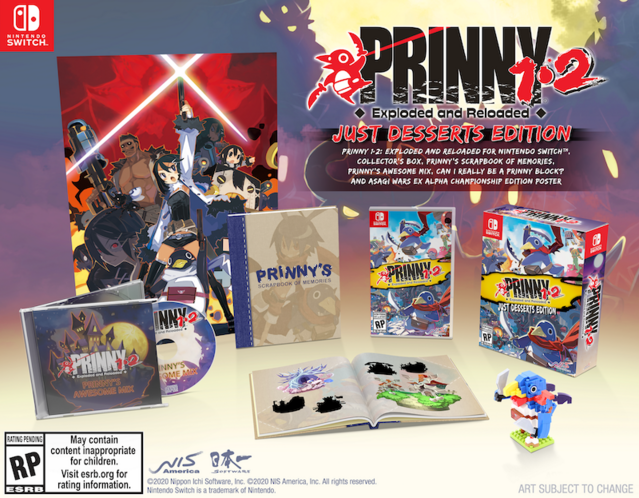 Prinny 1: Can I Really Be the Hero?

Master Etna demands the ultimate dessert, and it is up to a legion of lowly Prinnies to make it! Jump, slash, and combo your way through different stages of the Netherworld, devastate enemies and bosses with special attacks, and encounter both new and familiar faces in this explosive action adventure from the twisted minds behind the Disgaea series! 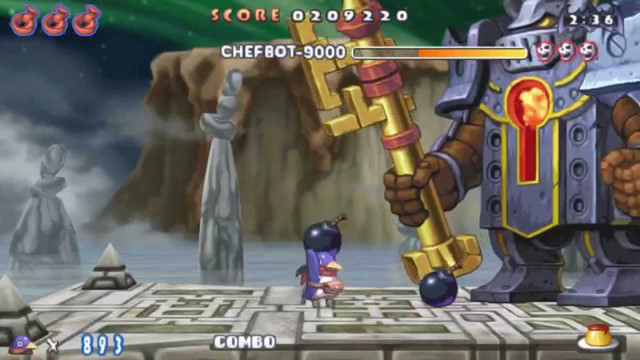 When the mysterious Phantom Thief steals Master Etna’s panties, the Prinny horde must rise up once again to retrieve them… or suffer the consequences! Slash and Hip Pound your way through chaotic stages full of devilish foes, and build up the Combo Gauge to unleash powerful moves like Prinny Cyclone and Prinnykaze. Also, dive into the bonus story of the OTHER protagonist(?) of the Disgaea games and claim your glory with Asagi Wars: Vengeance of Asagi!

Two in One…and More! – Two action-packed chapters of Prinny’s rise to become a hero, plus an expansive post-game chapter featuring… Asagi!?… Who was that again?

The Netherworld, Only Better – All the dark comedy and explosive action you love from the Disgaea series, now with newly remastered graphics.

Tags
prinny, disgaea, games
« Previous Post
Mass for the Dead Transports You On A Grand Adventure In The Blue Rose Subjugation Plan!
Next Post »
Re:ZERO - The Prophecy of the Throne Game Confirmed for the West
Other Top News
2 Comments
Sort by: