Kafka Asagiri: "I'm as happy as when the main manga based on my story got an anime adaptation." 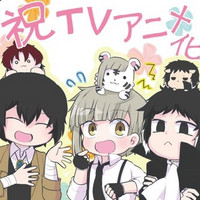 As notified yesterday as "the important announcement," the official Twitter for the Bungo Stray Dogs anime franchise revealed today that a TV anime adaptation of its official spin-off gag manga series Bungo Stray Dogs Wan! illustrated by Neko Kanai is in the works.

Bungo Stray Dogs Wan! featuring the characters drawn in deformed style has been serialized in Young Ace UP website and has released six tankobon volumes. The illustrator Kanai posted her comment and illustration to celebrate the news.

"Wan! will become a TV anime! Seriously! Yikes! This is all due to the two original creators - Kafka Asagiri-sensei and Sango Harukawa-sensei, the people who have worked so hard to make it happen, and the love and enthusiasm of the fans for Bungo stray Dogs. I'm looking forward to seeing Atsushi-kun and other characters who move, talk, interrupt, and blur in the anime with you all!" 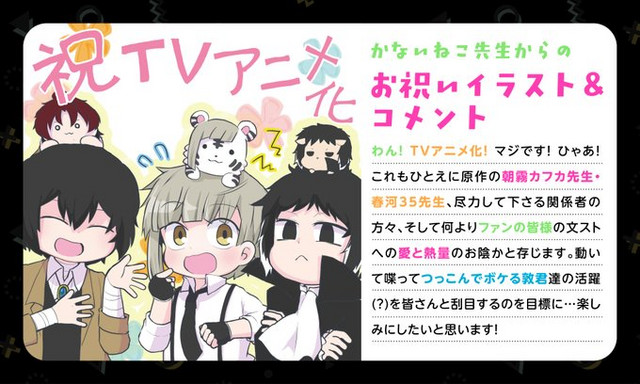 "I'm as happy as when the main manga based on my story got an anime adaptation! Well, everyone, let's get healed together."

"When I heard the news of an anime adaptation of Wan!, I may have been more pleased than about myself. Very happy for you! I'm really looking forward to it now." 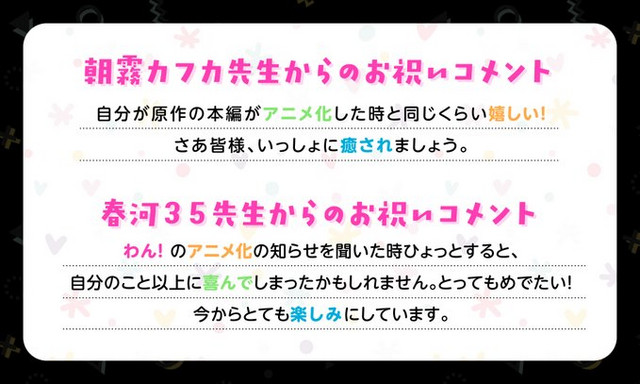