Fukushima's Goofy Gundam is Re-Armed and Out for Revenge!

"Peace was never an option..." 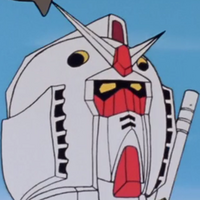 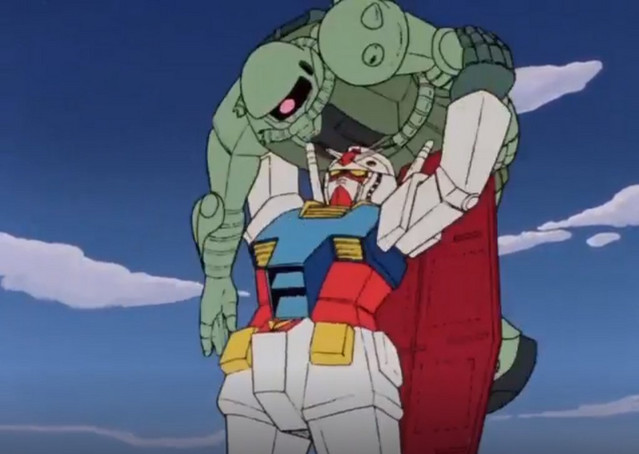 Watch out, warmongers! According to an informal chronology posted to Twitter by a local fan, Fukushima's loveably off-model local attraction, the "Hetare Gundam" statue, has recovered from a recent robbery and is now packing more high-tech (and low fidelity) weaponry than ever before.

Crunchyroll previously reported on the theft of the statue's original beam rifle and its replacement with an ad-hoc hyper bazooka made of duct tape and plastic bottles. According to Twitter user @shikishinobu, there have been additional developments: after the initial theft, a model shotgun and the hyper bazooka were donated by anonymous fans, prompting the local mayor to thank the fans for their donations, but also to express the idea that two guns are "sufficient". 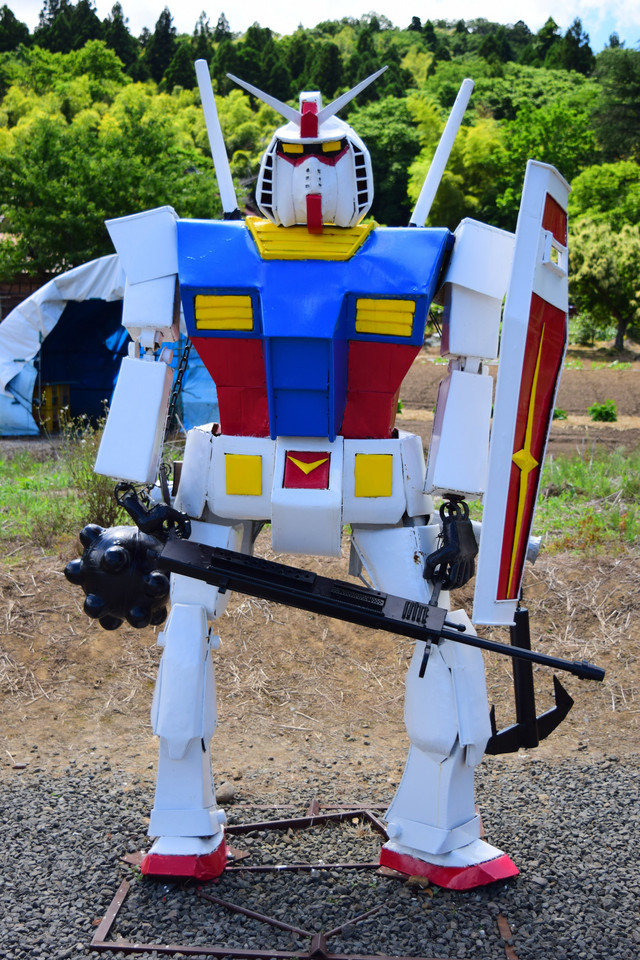 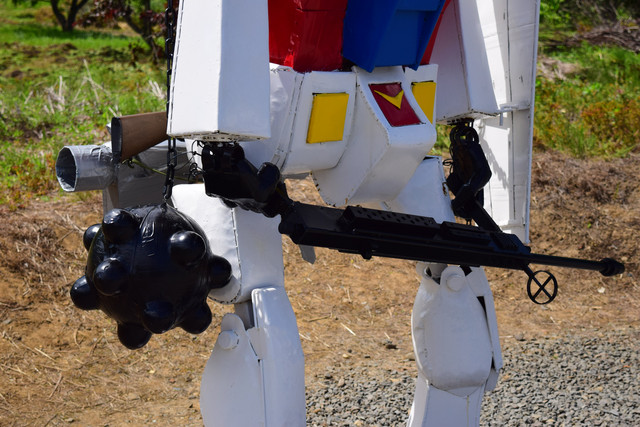 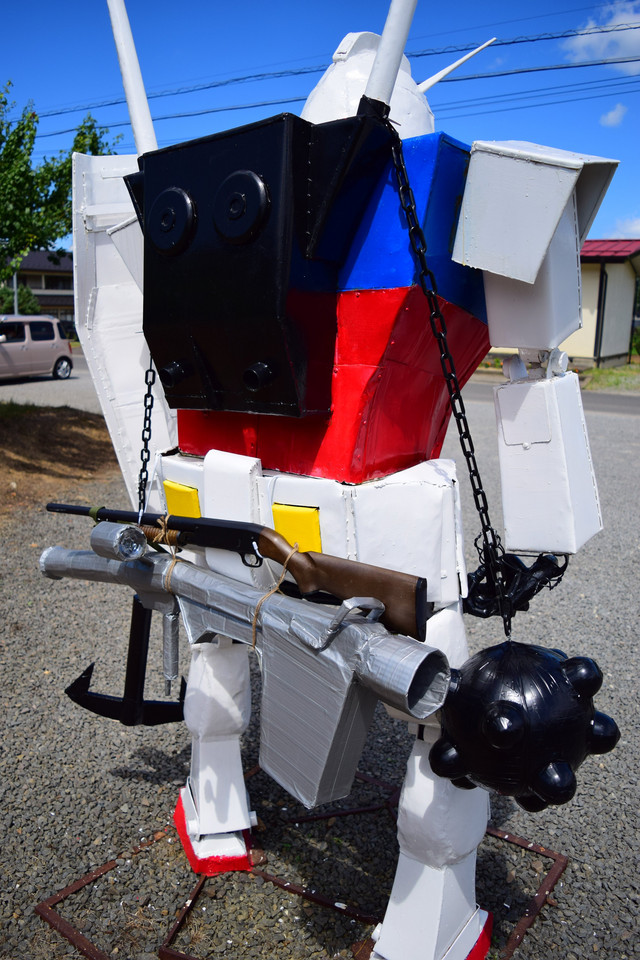 Undeterred, the donations kept coming, including such heavy melee ordinance as a kusari-gama style chain weapon with an anchor on one end and a morningstar on the other. @shikishinobu concludes with a famous quote from the original 1979 Mobile Suit Gundam TV series, where Amuro Ray muses that his father really went overboard with the design of the RX-78-2 Gundam mobile suit.