Following the live-action, the A-1 Pictures-animated film hits theaters September 18 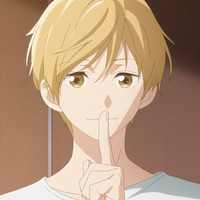 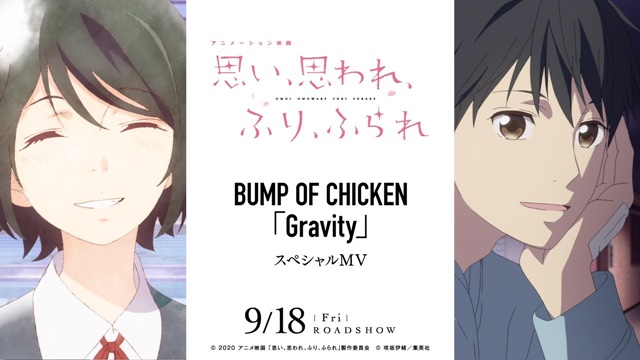 The official website for the forthcoming anime feature film adaptation of Io Sakisaka (Ao Haru Ride)'s romance shoujo manga Omoi, Omoware, Furi, Furare / Love Me, Love Me Not has posted a five-minute special music video for its theme song "Gravity" performed by the four-member rock band BUMP OF CHICKEN. The song was digitally released in Japan on September 10.

The clip uses various scenes from the film, including the four main character's casual expressions in their everyday lives, as well as the moments that they try to face their feelings honestly, even though they are sometimes hurt and desperate.

Following the Takahiro Miki-directed live-action adaptation that was already released in Japan on August 14, the A-1 Pictures-animated film will open in Japan on September 18, 2020. It was originally set for May 29 but has been postponed due to the COVID-19 outbreak. 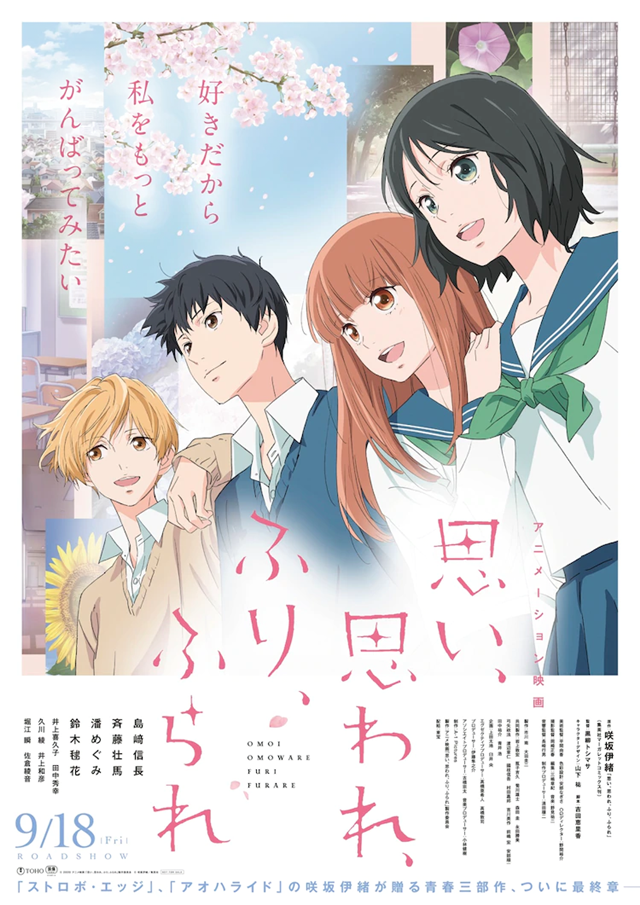