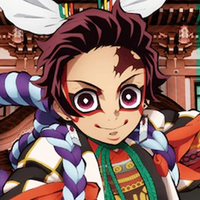 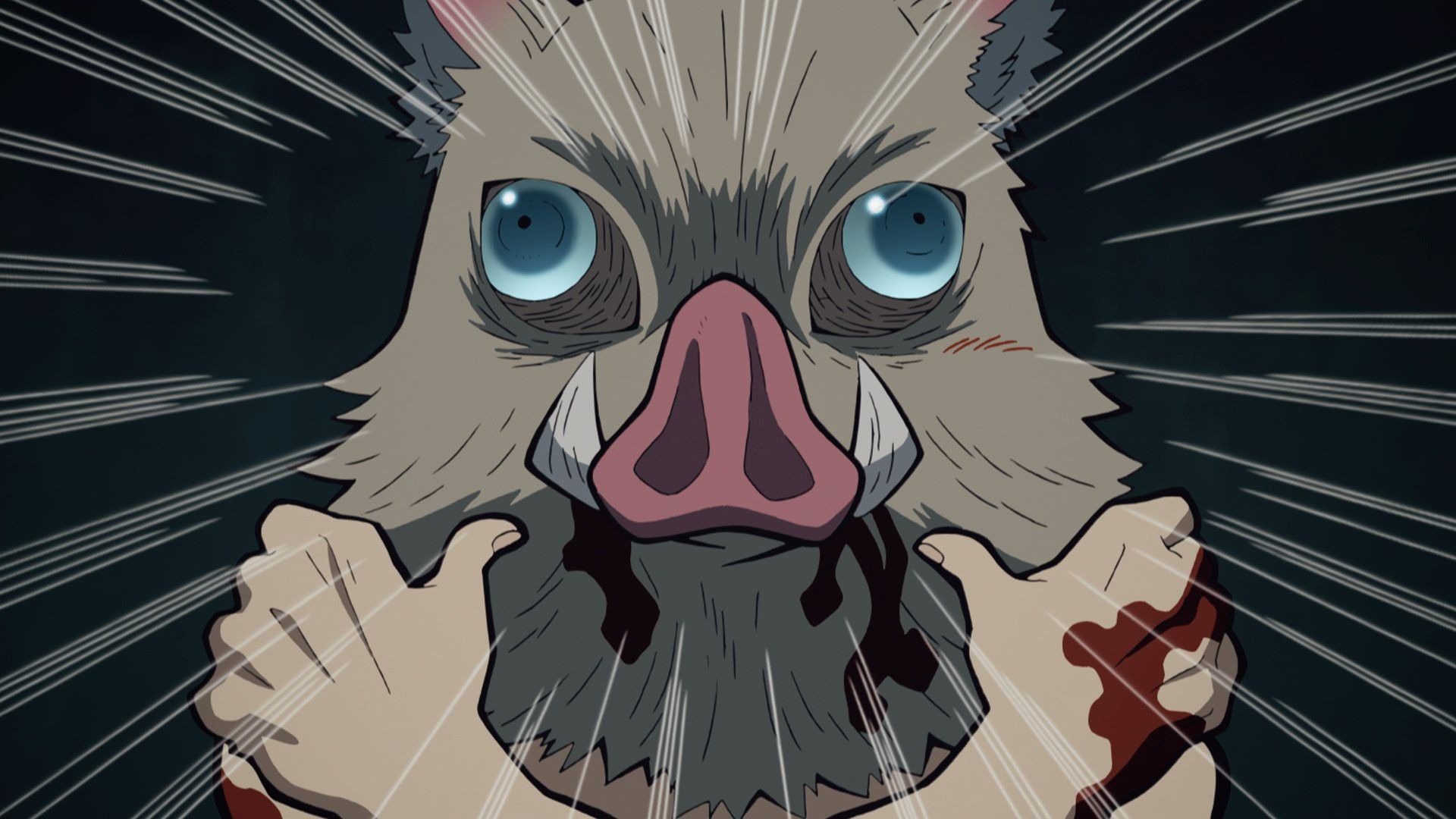 To match with the traditional Japanese aesthetic of the hit manga and anime series, Demon Slayer: Kimetsu no Yaiba is dressing up in kabuki make-up and clothes to put on a traditional kabuki exhibition in the heart of historic Kyoto. Visual drawn by Ufotable of the Demon Slayer: Kimetsu no Yaiba crew dressed up as heroes from Japanese folklore have been unveiled alongside a key visual featuring Tanjiro all dressed up. 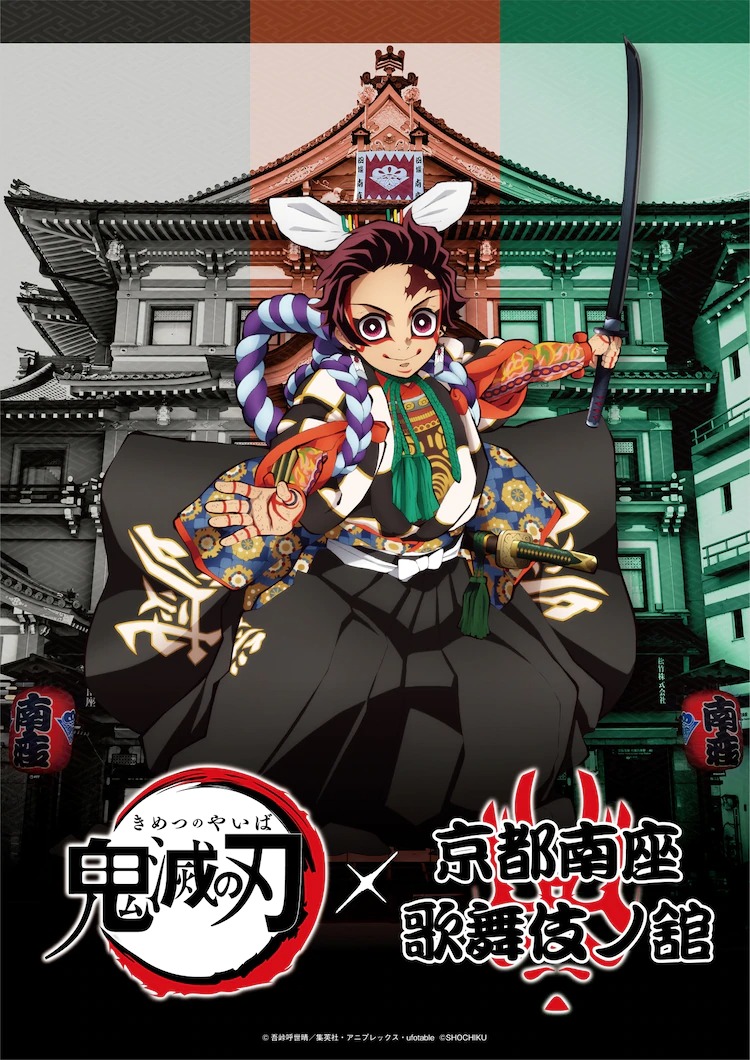 The performance will feature Tanjiro is dressed as Sakata no Kintoki, Nezuko is dressed as Minamoto no Yorimitsu, Zenitsu is dressed as Urabe no Suetake, Inosuke is dressed up as Taira no Tadamichi, and Tomioka is dressed as Watanabe no Tsuna. Visuals of the other Hashira in kabuki costumes have also been produced, but not yet released. 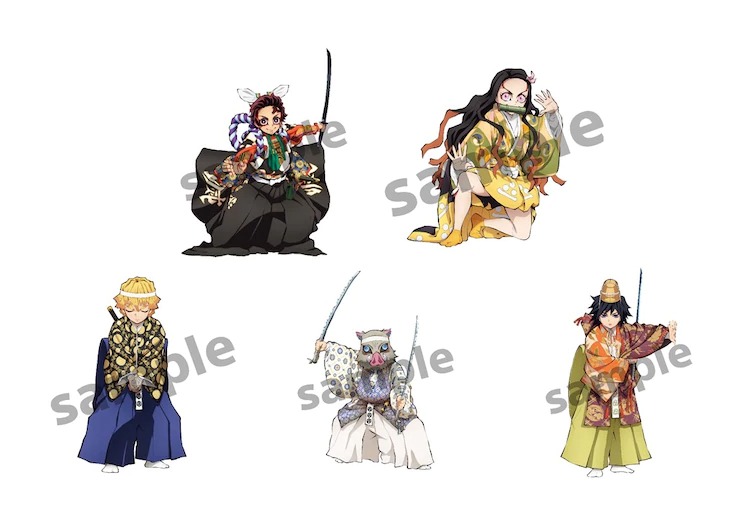 The Demon Slayer: Kimetsu no Yaiba kabuki exhibition is scheduled to begin in the historic Minami-za theater in Kyoto on November 6 and run until November 26 with 4 shows a day on weekdays and 9 shows a day on Fridays and weekends. Each ticket will have a limited edition coaster featuring one of 18 visuals on them, with the highest tier plan also granting visitors some collaboration yatsuhashi (Japanese sweet) to eat while watching the show.

Who is your favorite redesigned character? Let us know down in the comments below!