The theme of the clip is "A Future Expanded by 'Connecting'." 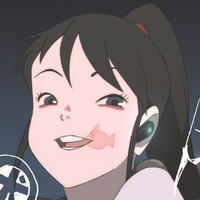 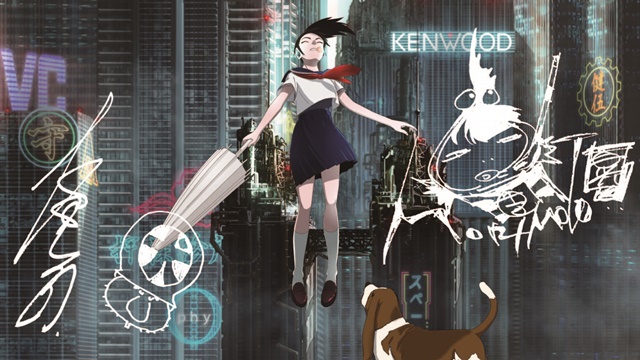 A Japanese electronics company JVC KENWOOD started streaming a two-minute anime promotional movie for two new smart headsets with voice assistants from its Kenwood brand - "WS-A1" (to be released in mid-January 2021) and "WS-A1G" (in early February 2021) - on its official website and YouTube channel from today. Two internationally acclaimed anime creators, Mamoru Oshii (Ghost in The Shell) and Koji Morimoto (The Animatrix "Beyond") teamed up for the clip.

The theme of the clip is "A Future Expanded by 'Connecting.'" Its story takes place in a fictional future city and follows a high school girl who wears a smart headset equipped with a voice assistant and uses its various functions in her daily life. She is drawn by a UFO and encounters an unknown life form. While being anxious, she communicates with it and enjoys the present moment when she can "connect" with anything.

I've seen Morimoto's works ever since we worked together, so it was fun to work with him again. I hope people will enjoy watching this clip as a perfect example to appeal the new devices.

I was finally able to do draw about the theme of "Communicating with Aliens" this time, which I had been wanting to draw for a long time. How do people react when they meet with aliens? Please enjoy. I also enjoyed working with Oshii-san, as it had been a while since I had worked with him. I hope you all enjoy it too. 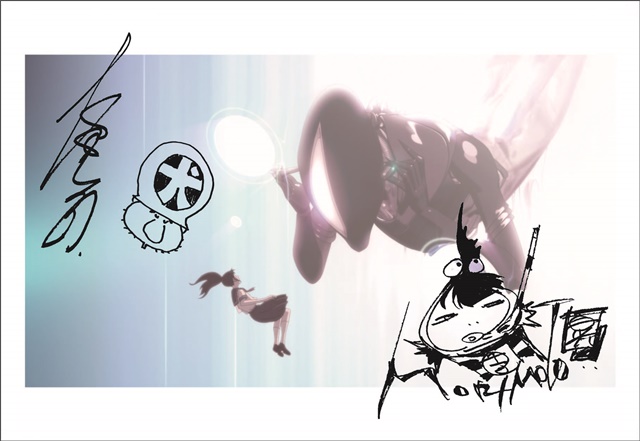 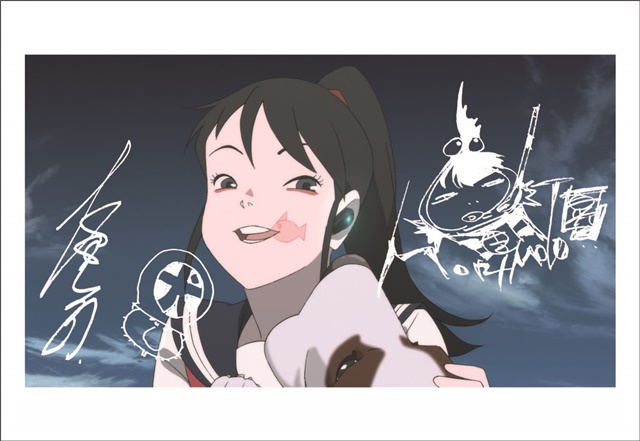