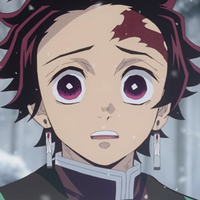 As Demon Slayer: Kimetsu no Yaiba THE MOVIE Mugen Train keeps steamrolling through the Japanese box office, drawing nearer and nearer to Spirited Away's record, the Dai-ichi Life Research Institute calculated how much of an impact the franchise has had on the Japanese economy in 2020. The updated box office numbers for Mugen Train were also released with a special message from manga creator Koyoharu Gotouge thanking fans for all their support.

In a report by The Japan Times, it is estimated by Dai-ichi Life Research Institute that the Demon Slayer: Kimetsu no Yaiba franchise has brought 270 billion yen (US$2.59 billion) to the Japanese economy in 2020 alone through various different mediums. The Institute explained that 85 billion yen (US$815 million) was brought in from book sales, over 50 billion yen (US$479.9 million) in sales directly attributed to Mugen Train, and more than 130 billion yen (US$1.247 billion) in sales of other merchandise and related media. The Japan Times says that this estimate is more than double the economic impact that Kumamoto's famous mascot, Kumamon, brings to Japan per year.

The official Twitter account for Demon Slayer: Kimetsu no Yaiba announced today that the Mugen Train anime film had grossed 28,848,875,300 yen (US$277,112,199) in just 52 days in Japanese theaters with 21,525,216 tickets sold. The film is currently the second-highest-grossing film in Japan ever, just behind Spirited Away, the highest-grossing animated film of 2020 worldwide, and currently the sixth highest-grossing film of 2020 worldwide behind Sonic the Hedgehog. Mugen Train is on track to overtake Spirited Away in Japan by the end of the year, just only 2 billion yen (US$19 million) behind the near 20-year-old Studio Ghibli-produced Academy Award-winning film.

The above tweet features a new illustration from Demon Slayer manga creator Koyoharu Gotouge and thanks fans for their support for Mugen Train, which is still running in cinemas in Japan, opening on October 16. You can read our review of the film here. The Ufotable-produced anime film continues to adapt the manga series by Koyoharu Gotouge, which saw a TV anime series adaptation in 2019. The film is scheduled to be released in the west in early 2021. The Demon Slayer: Kimetsu no Yaiba TV anime series streamed on Crunchyroll as it aired.