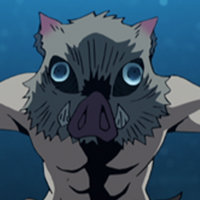 In just a week, Demon Slayer -Kimetsu no Yaiba- The Movie: Mugen Train has become the highest-grossing anime film for the Australian/New Zealand anime distributor Madman Entertainment, taking the top spot at the box office in both countries–which would be surprising if the anime film hadn't already topped other unexpected markets across South-East Asia. That includes Malaysia, where the film opened over the last week, topping the box office chart.

Back in Japan, as Demon Slayer: Mugen Train traveled through its 21st week, it continued to bring in around 300 million yen, bringing the total box office gross to over 38.4 billion yen (US$359,497,347.00) on the back of 27.87 million tickets sold as of March 7. While it seems momentum is slowing the train down, the film continues to bring in a steady amount each week, which is more than some films make in Japan per week at all.

Internationally, it's safe to say that Demon Slayer slays. As of March 7, Mugen Train has bought in AU$2,830,285 (US$2,167,871) and took the top spot at the box office in its first week, the first time this century an anime film has topped the Australian box office (the last film to do so was Pokémon: The First Movie in 1999). The film also topped the New Zealand box office and bringing in a total NZ$440,439 (US$313,491), being the first anime film to do so since Dragon Ball Super: Broly.

Mugen Train also opened in Malaysia over the last week, bringing in an impressive RM1,500,000 (US$365,394) to the international box office total and topping the box office in its first week. Demon Slayer also continued its impressive run in South Korea, where the film has brought in a total of US$8,933,693 since its premiere on the back of 1,052,396 tickets sold!

The worldwide box office total for Demon Slayer -Kimetsu no Yaiba- The Movie: Mugen Train currently stands at US$405.75 million ( 44.09 billion yen), making it the 4th highest-grossing film of 2020 (so far). If the film continues to have such impressive opening weeks as it rolls out in European nations and other Asian countries, it could become the highest-grossing film of 2020. It still is the second-highest-grossing anime film worldwide behind Spirited Away, but it shouldn't take long to take that crown either.

Demon Slayer -Kimetsu no Yaiba- The Movie: Mugen Train opened in Japanese cinemas on October 16 and had the best opening weekend in Japanese cinema history, becoming the highest-grossing film in Japanese theaters ever, and currently the second highest-grossing anime film and Japanese film worldwide. You can read our review of the film here. In the United States, a limited one-week Oscar-qualifying showing of Demon Slayer: Mugen Train is was held at one cinema in Miami from February 26.