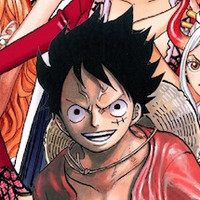 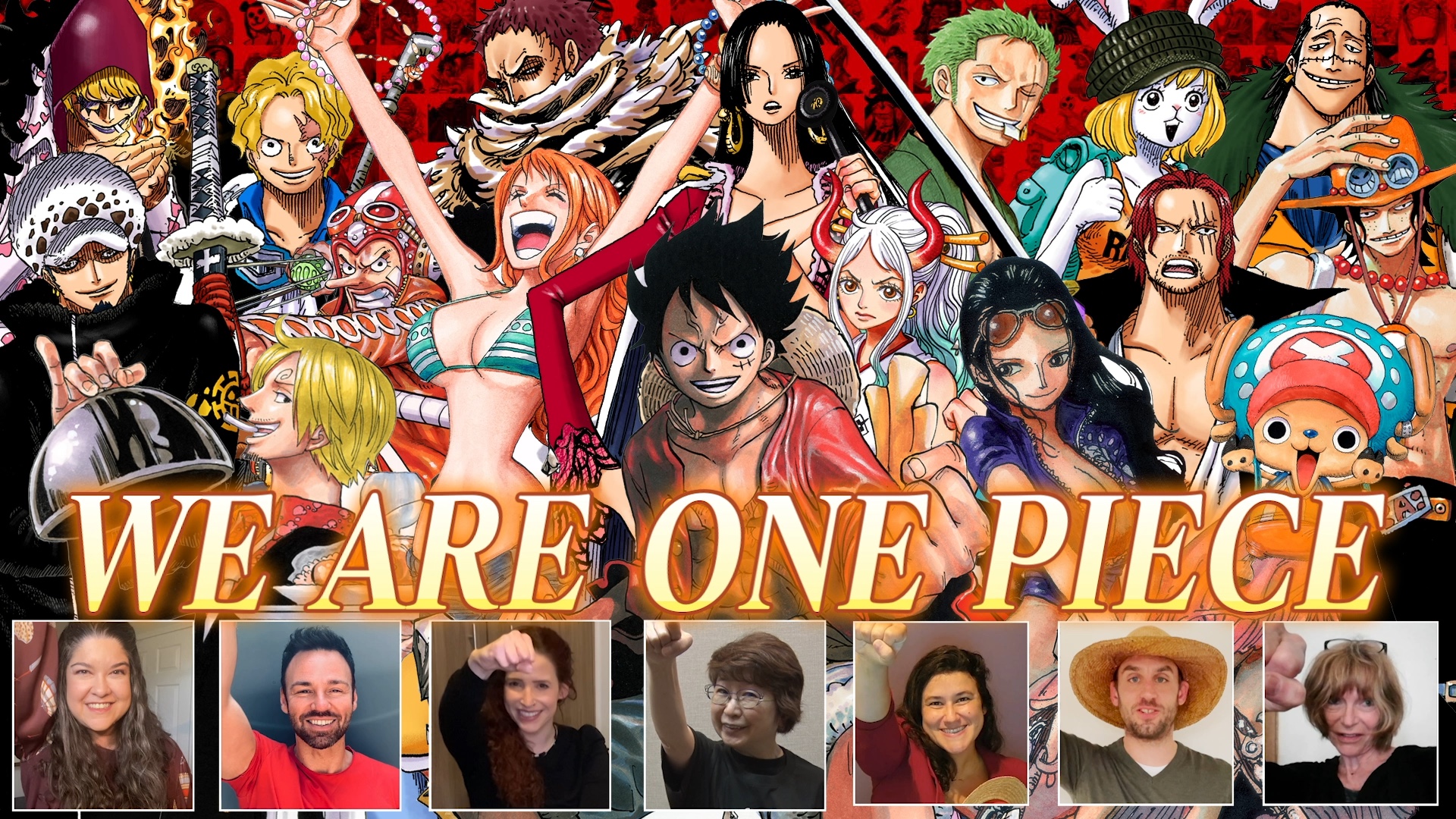 Back in January, One Piece kicked off the 1000th chapter celebration in style with the launch of a global character popularity poll. Dubbed the World Top 100 campaign, the poll shared mid-term results in February, but now the official winners have been decided. After a total of 12 million votes were cast for a whopping 1,174 different characters, the world has spoken.

The overall winner of the World Top 100 contest is… Monkey D. Luffy! It's fitting since today is Luffy's birthday, and he definitely deserves a big ol' worldwide present like this. Following close behind are Roronoa Zoro in 2nd place, Nami in 3rd, Sanji in 4th, and Trafalgar Law in 5th.

You can see the full top 100 below (click to enlarge): 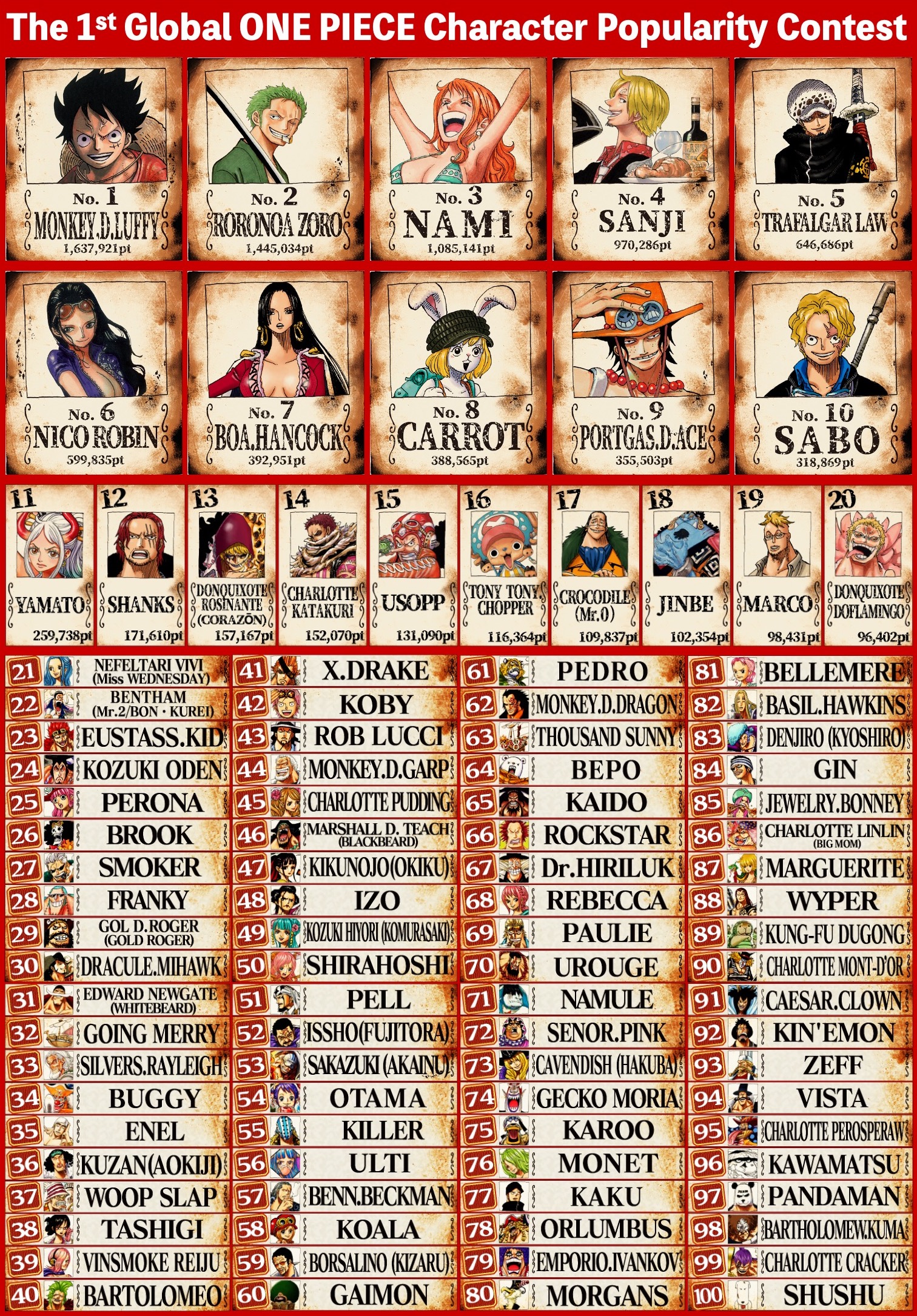 You can also watch both parts of the reveal videos (click CC for subtitles):

That's not enough, though. We need a regional breakdown! While the top characters remained the same in some regions, the results are pretty interesting. Luffy is in first place in Asia, North America, and Japan. Nami took the reigning spot in Oceania, Europe, Latin America and The Caribbean, and Zoro topped the charts in the Middle East and Africa. 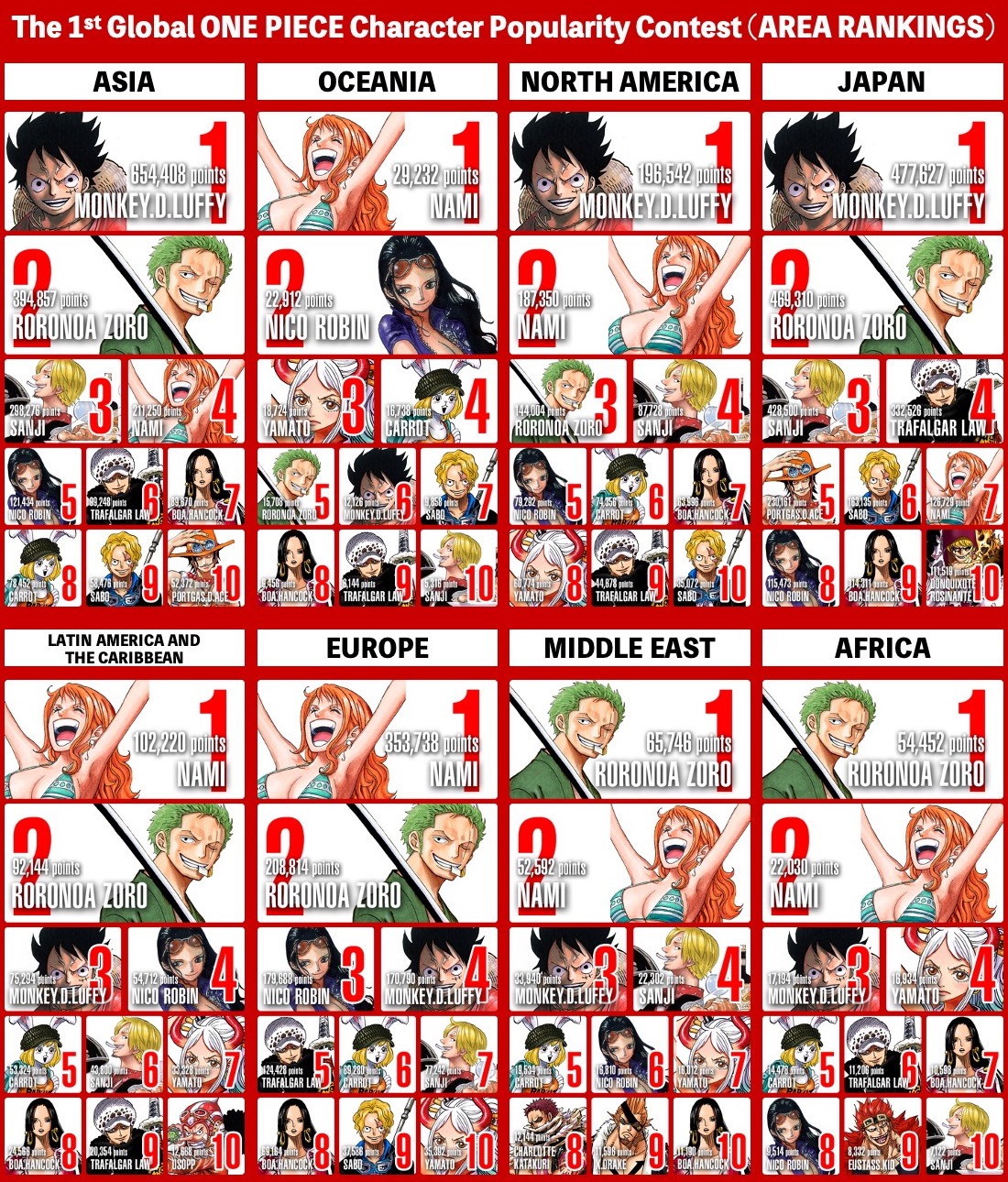 Nami's ranking had a dramatic surge, rising from seventh to third place in the second half of the voting period. X Drake, whose design is said to take inspiration from the country of Turkey, ranked 41st in overall votes but made it all the way to 2nd place in Turkey.

All of the effort RogersBase put into getting Morgans to the top didn't go to waste either, because the character made it to 80th worldwide and 38th in North America. As for Carrot's leap from 17th place to 8th place, One Piece commentator/critic Greg Werner attributes it to the dedication of the furry fandom.

What do you think of the results? Let us know who you voted for!