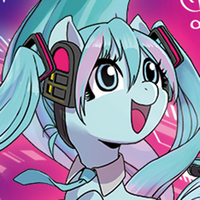 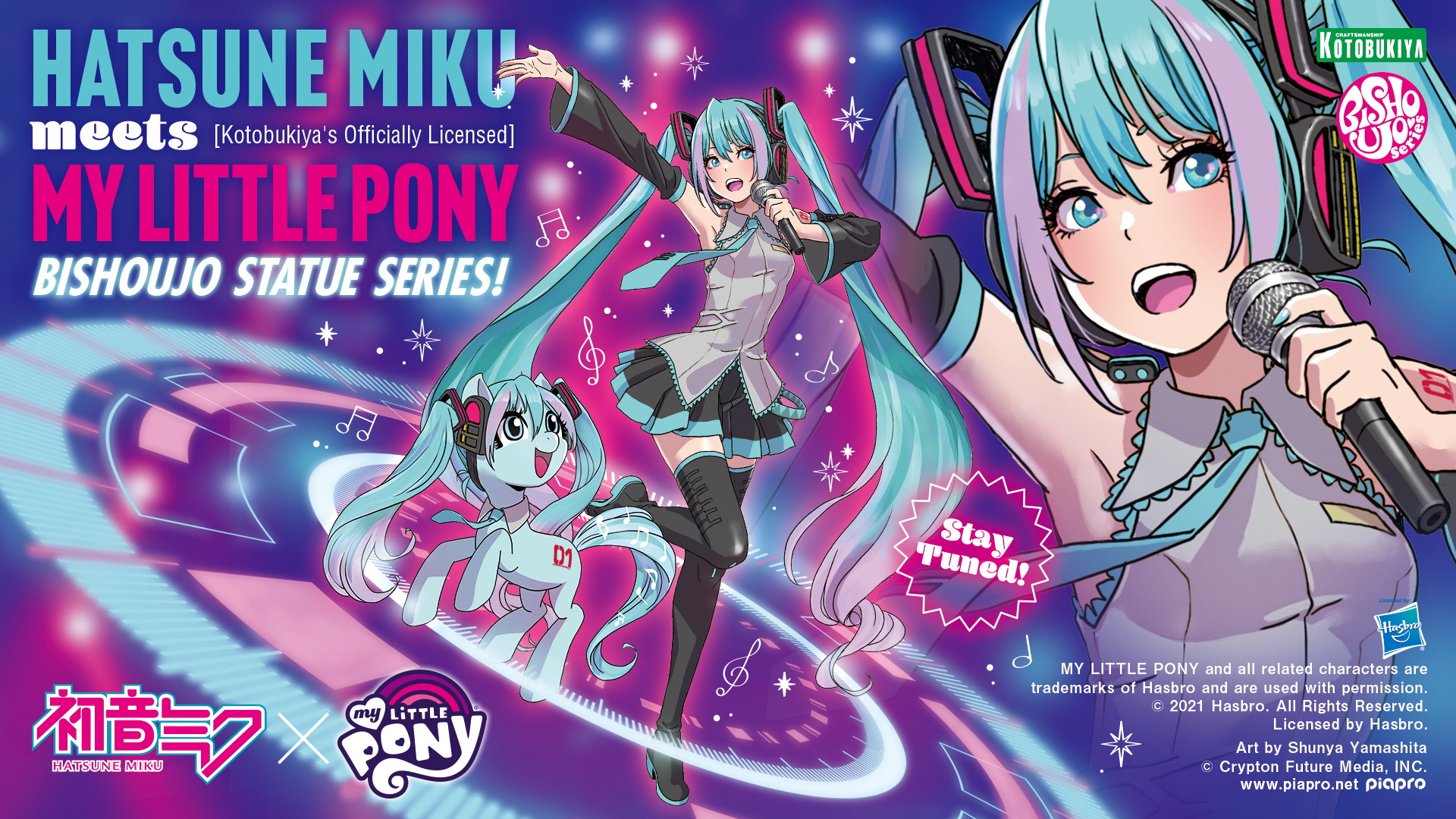 Hatsune Miku is taking the world by storm in 2021 with the Miku World Collab project. Her latest stop? Equestria!

It was announced today that Kotobukiya and Hasbro will be adding to their collaborative My Little Pony Bishoujo line, featuring the stars of My Little Pony: Friendship Is Magic as both cute girls and the original pony selves. Today's tweet gives us a sneak peek at what Miku would look like in the world of the series, and what we can expect overall for the figure:

#MikuWorldCollab is the collaboration project between Miku and popular IPs from around the world. The 5th collab is between Miku, #Hasbro & #Kotobukiya in the MY LITTLE PONY #BISHOUJO Series! pic.twitter.com/RNnSWbNyB2

There's no word yet on when we can expect the actual figure to go on sale, so keep an eye on Miku's Twitter to find out as soon as it's available.