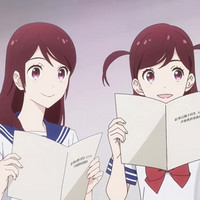 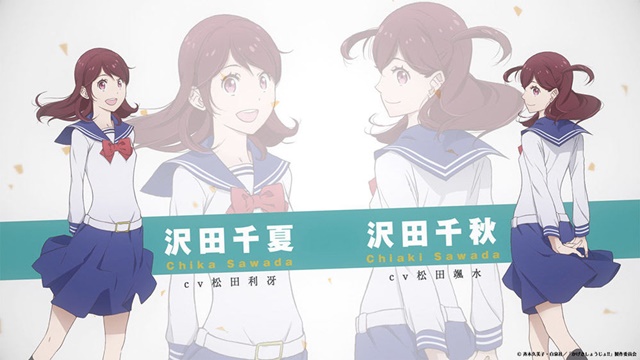 According to the PV, they had been fans of the Kouka School of Musical and Theatrical Arts since they were little and dreamed of attending the school together. When they took the entrance exam last year, only Chika was accepted and Chiaki was not. Chika, who wanted to enter the school together with Chiaki, turned it down, and this year they took the entrance exam together again and finally passed.

Risae Matsuda and Satsumi Matsuda have been playing twin characters very often. Most recently, they played Riko Sensui and Rin Sensui, the members of a twin idol group, Narusister, in Kiratto Pri☆chan (2018-2021).

The TV anime Kageki Shojo!! directed by Kasuhiro Yoneda (Hozuki no Reitetsu) is set to premiere on AT-X, TOKYO MX, and BS11 on July 3, 2021. 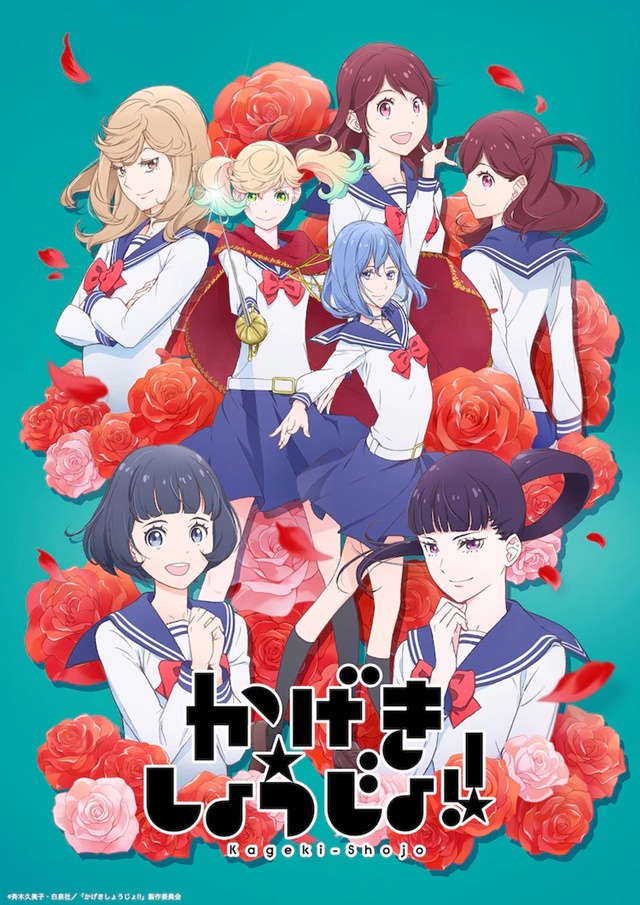