Carpentry is King in New Key Visual for Do It Yourself!! TV Anime 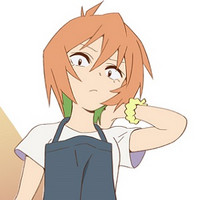 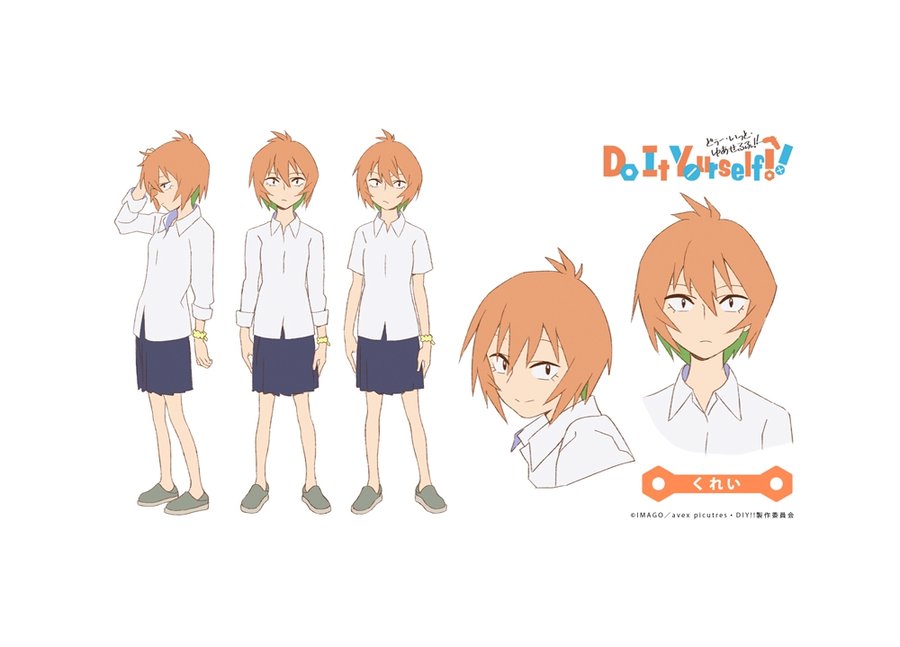 A new key visual (below) and a new character setting (above) have been published for Do It Yourself!!, an upcoming original TV anime that follows a group of high school girls who belong to a club devoted to hands-on crafting projects. The new visuals focus on Rei Yasuku, aka "Kurei".

Kurei is a third year high school student and the head of the DIY Club. She doesn't talk much and her appearance is a bit intimidating, but she has many secret admirers among the junior girls at school. Kurei's parents run a home improvement store, and she has a wealth of knowledge on DIY projects and professional level crafting skills. She invites everyone she bumps into to join the DIY Club, which is on the verge of shutting down due to a lack of members. 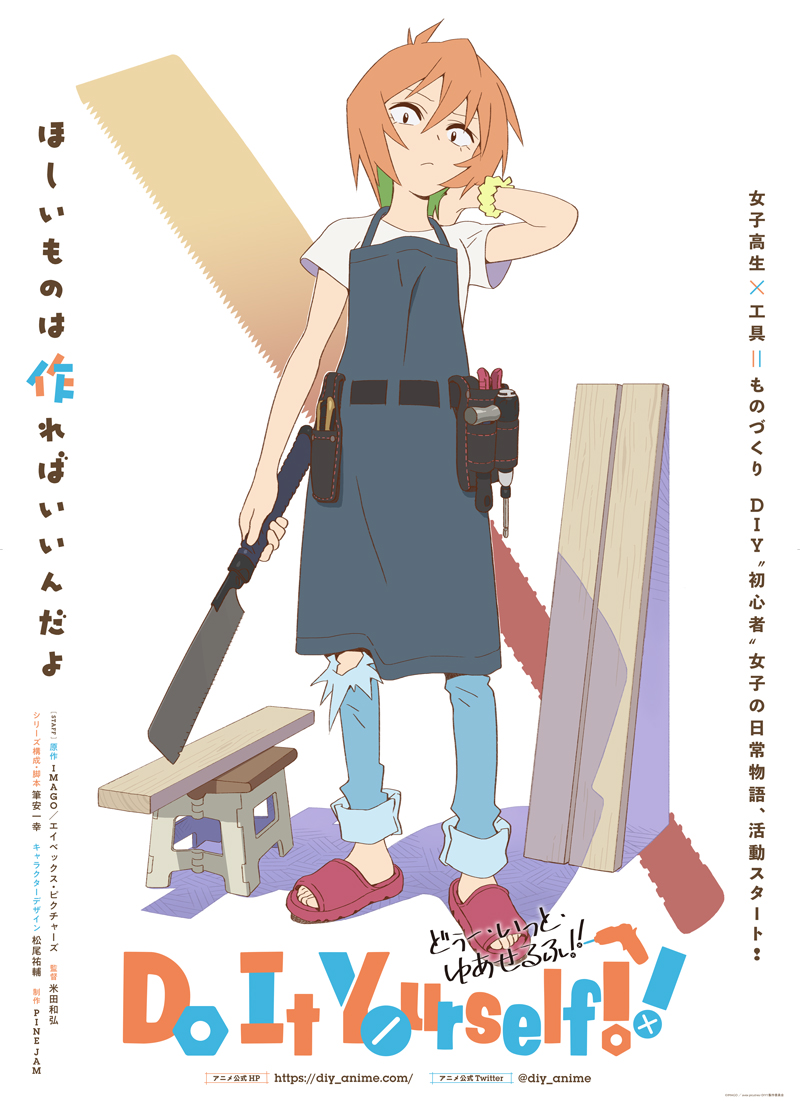 Do It Yourself!! is directed by Kazuhiro Yoneda and features animation production by PINE JAM. Additional details about the series (such as the cast and the release date) have not yet been revealed.

Official Do It Yourself!! TV anime home page and Twitter feed (@diy_anime)