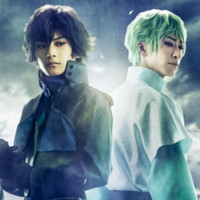 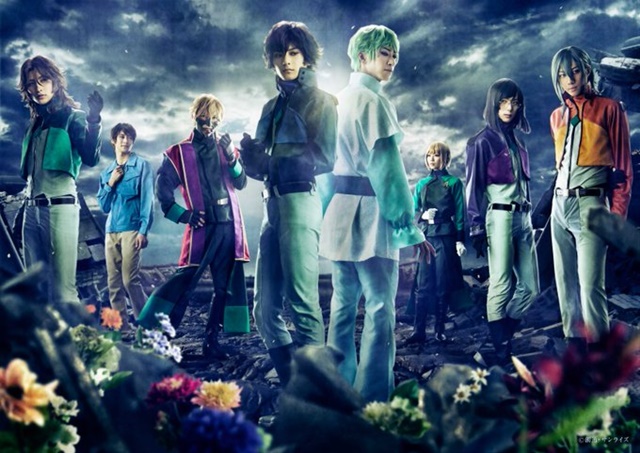 Following the sold-out first show "Hakai ni yoru Saisei (Regeneration by Destruction) -Re:Build" in 2019, the second show was originally planned to be held at the same venue from July 17 to 26, 2020, but all performances were canceled a month before that due to the COVID-19 pandemic.

Many of the main cast members will be returning, including Shohei Hashimoto as Setsuna F. Seiei, Yu Imari as Lockon Stratos, and Seiichiro Nagata as Tieria Erde, but due to a major postponement in the performance schedule, Ryotaro Kosaka will be newly playing Allelujah Haptism in place of the first show's Taiyo Ayukawa. The ticket sales schedule will be announced later.

The original key visual for the second show: 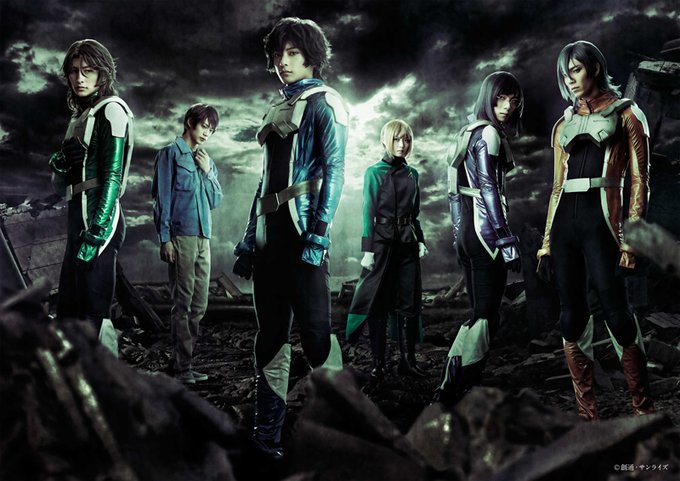 Digest of the first show's DVD/Blu-ray: