The cavy cars will seat your favorite Nendo 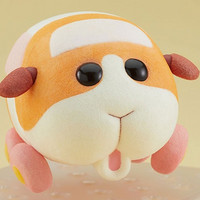 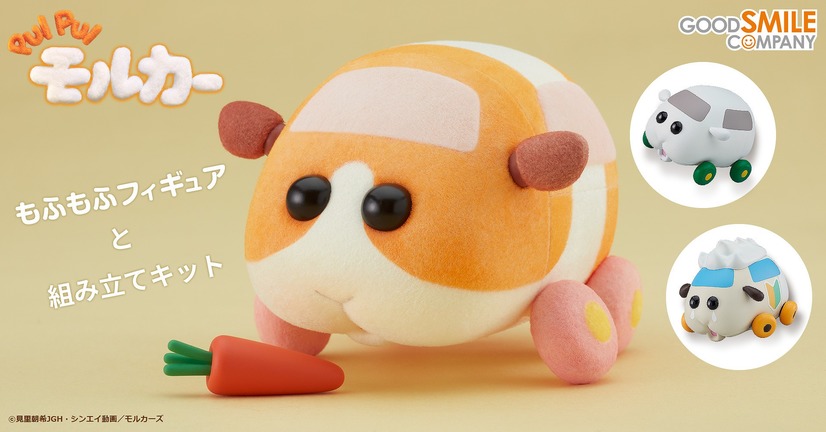 Adorable stop-motion anime PUI PUI Molcar has won over fans worldwide, and they're getting the figures to prove it — via a soft, fuzzy Nendoroid and a set of Moderoid models from Good Smile Company.

The short series's first-ever Nendoroid is of lead piggy Potato, and has a flocked surface so it's just as fuzzy as the real deal. Potato comes with a variety of face and eye parts depicting familiar expressions, as well as a carrot, as a treat. The wheels are posable, too. 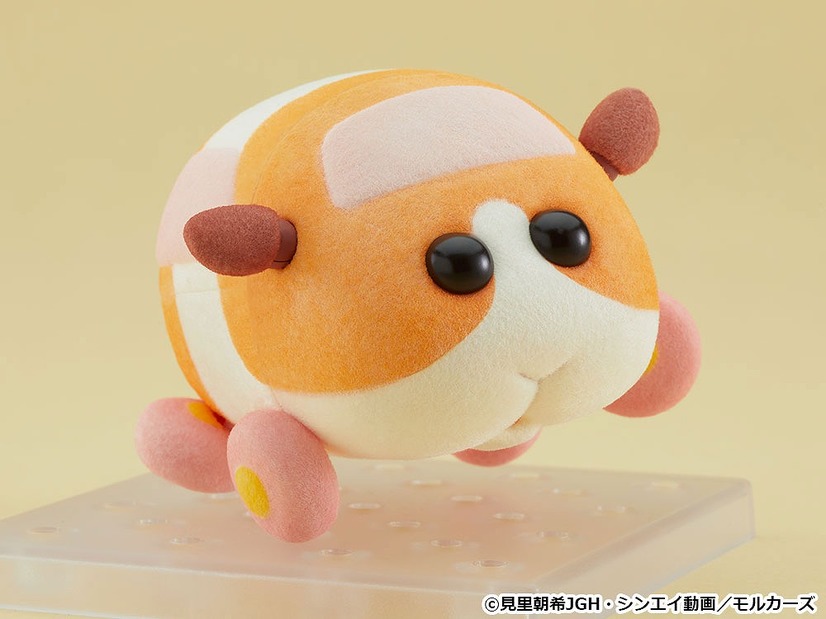 Your favorite humanoid Nendoroid can ride around in Potato, too — the top of the Molcar comes off, revealing a seat and steering wheel for a standard-dimension Nendo: 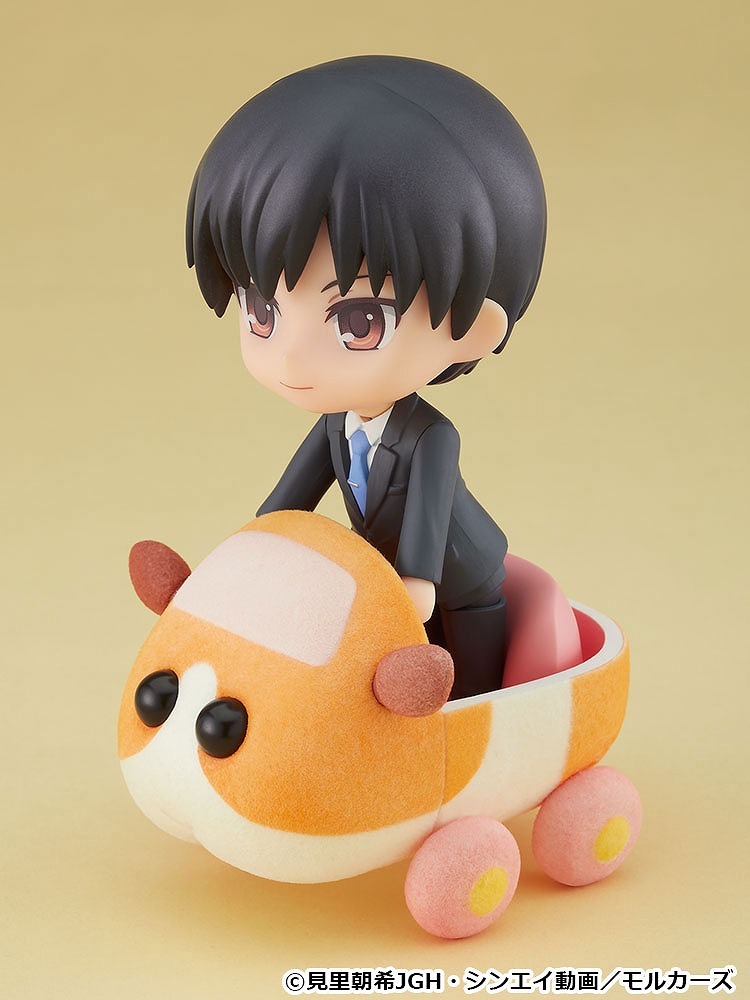 Potato is available for pre-order for 4,200 yen. Pre-orders are open until September 16, and will ship out in April 2022.

In addition to the Nendo, Good Smile is releasing a series of PUI PUI Molcar Moderoids. Moderoid kits are partially painted and can be assembled with no extra painting or detailing, while also being open to customization for harder-core model kit fans. So far, three Molcars are up for grabs: Potato, Shiromo, and Abbey: 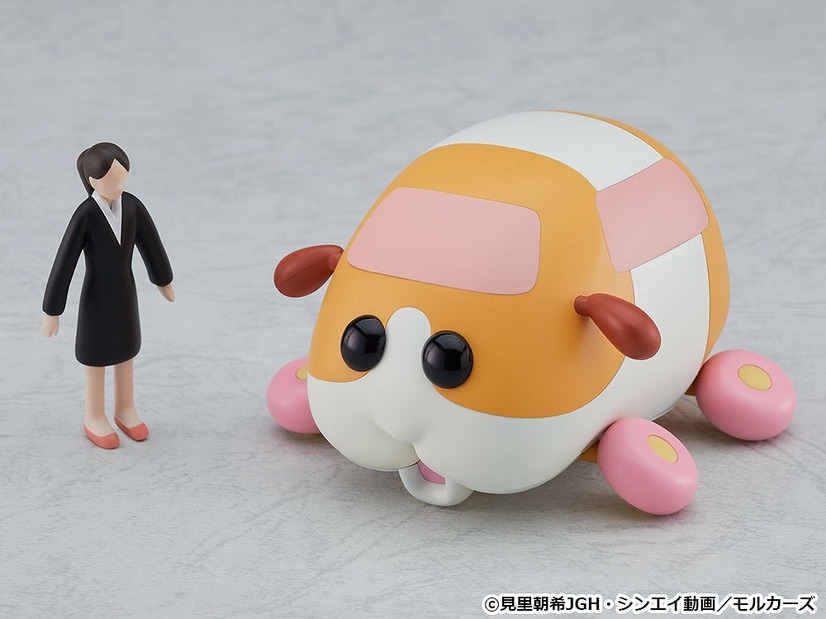 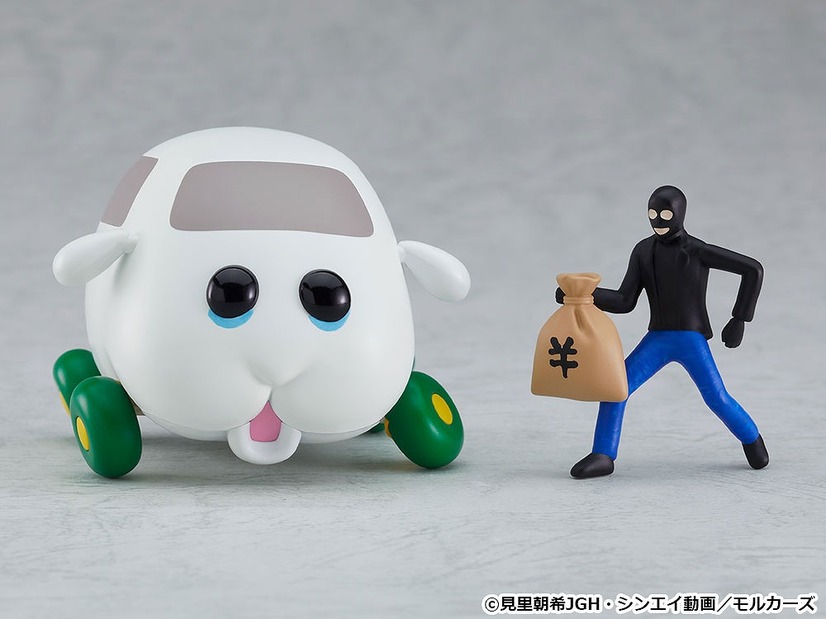 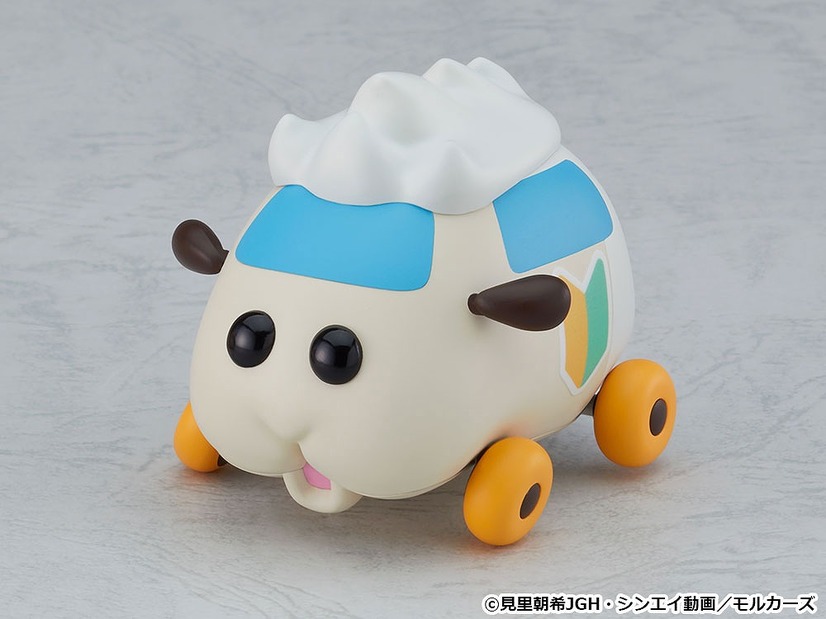 Each kit comes with two sets of wheels: one that allows the Molcar to roll, and another specifically for posing:

Each kit is available for pre-order for 1,800 yen until September 16, and will ship out starting in January 2022. More Molcar Moderoids are in the works as well: 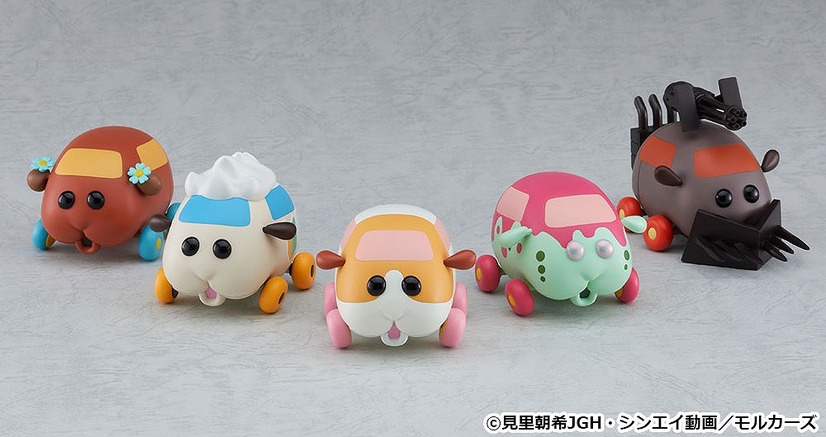 PUI PUI Molcar is written and directed by stop-motion animator Tomoki Misato, and aired as part of TV Tokyo's Kinder TV block. It takes place in a world where people drive sentient guinea pig cars, who do their best to help their drivers. Voice-over work is provided by Misato's guinea pig Tsumugi.

You can watch PUI PUI Molcar on Netflix.