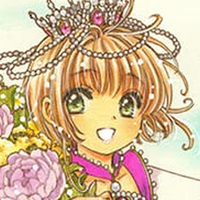 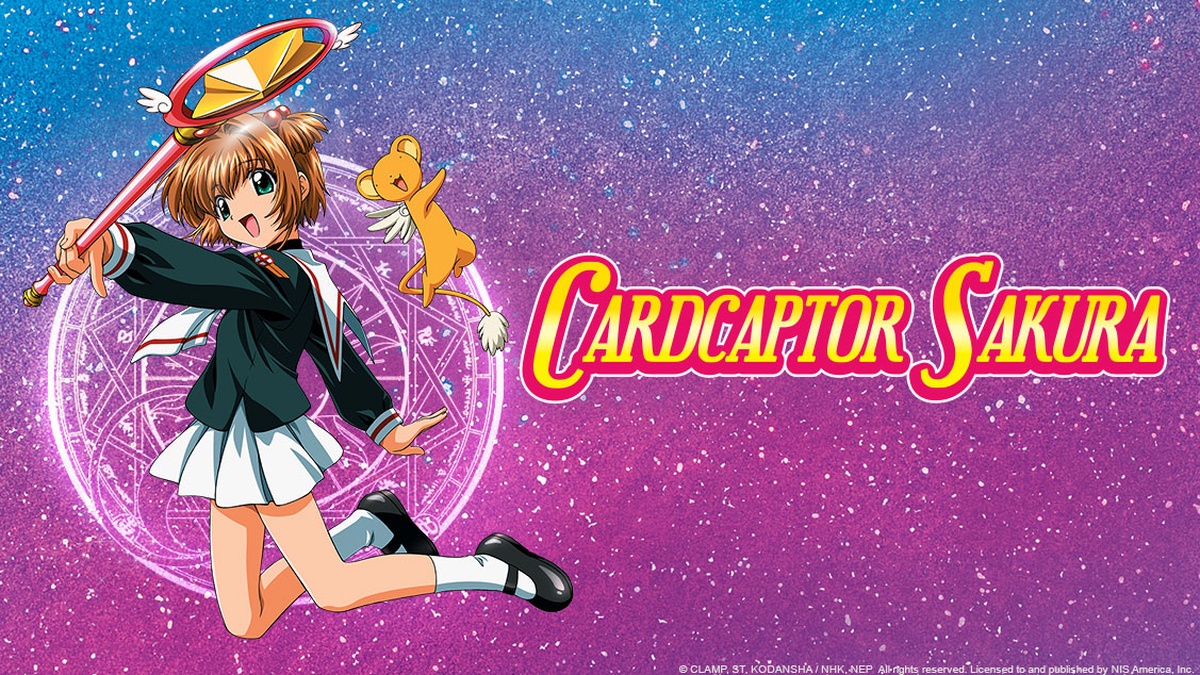 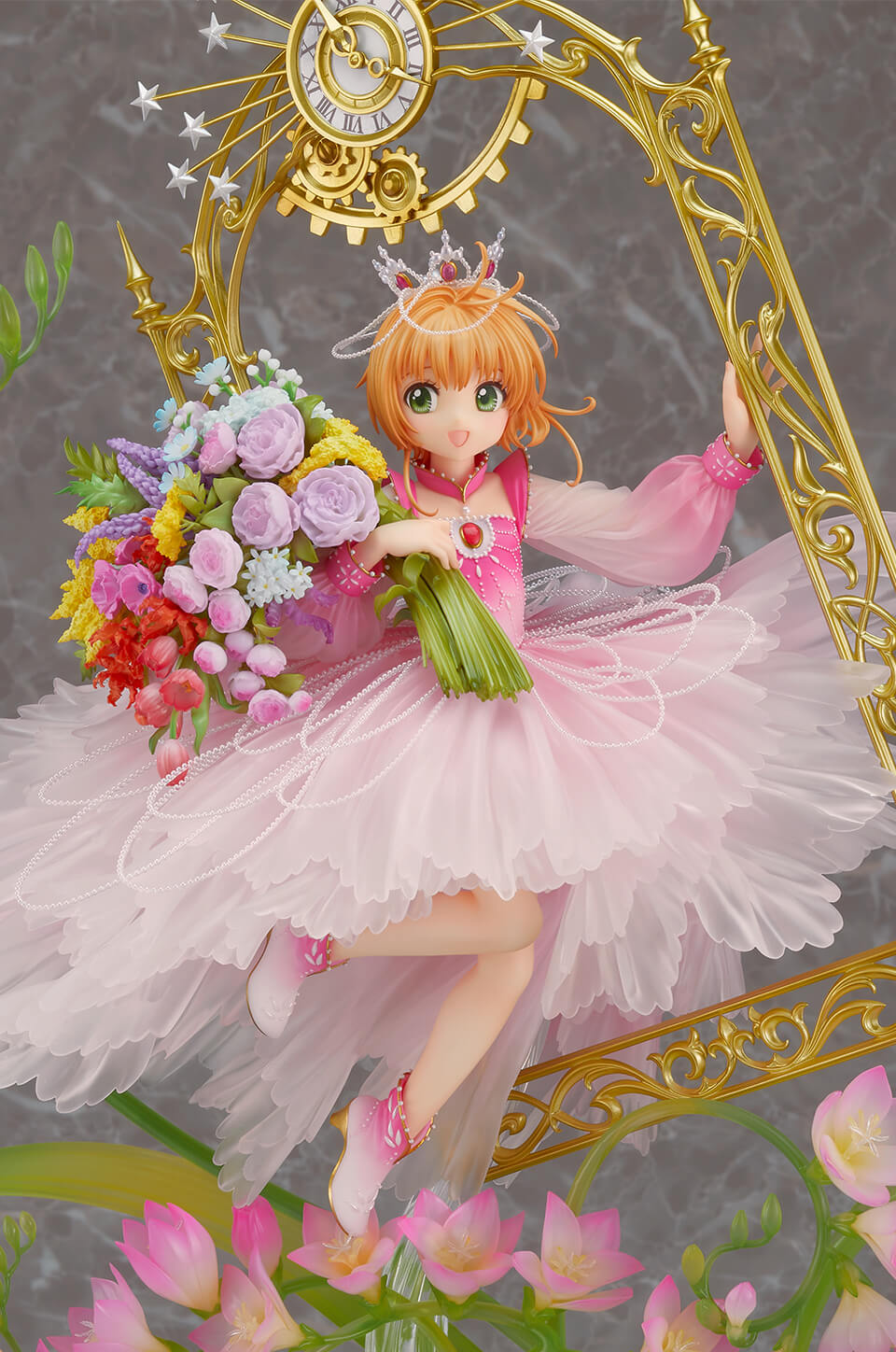 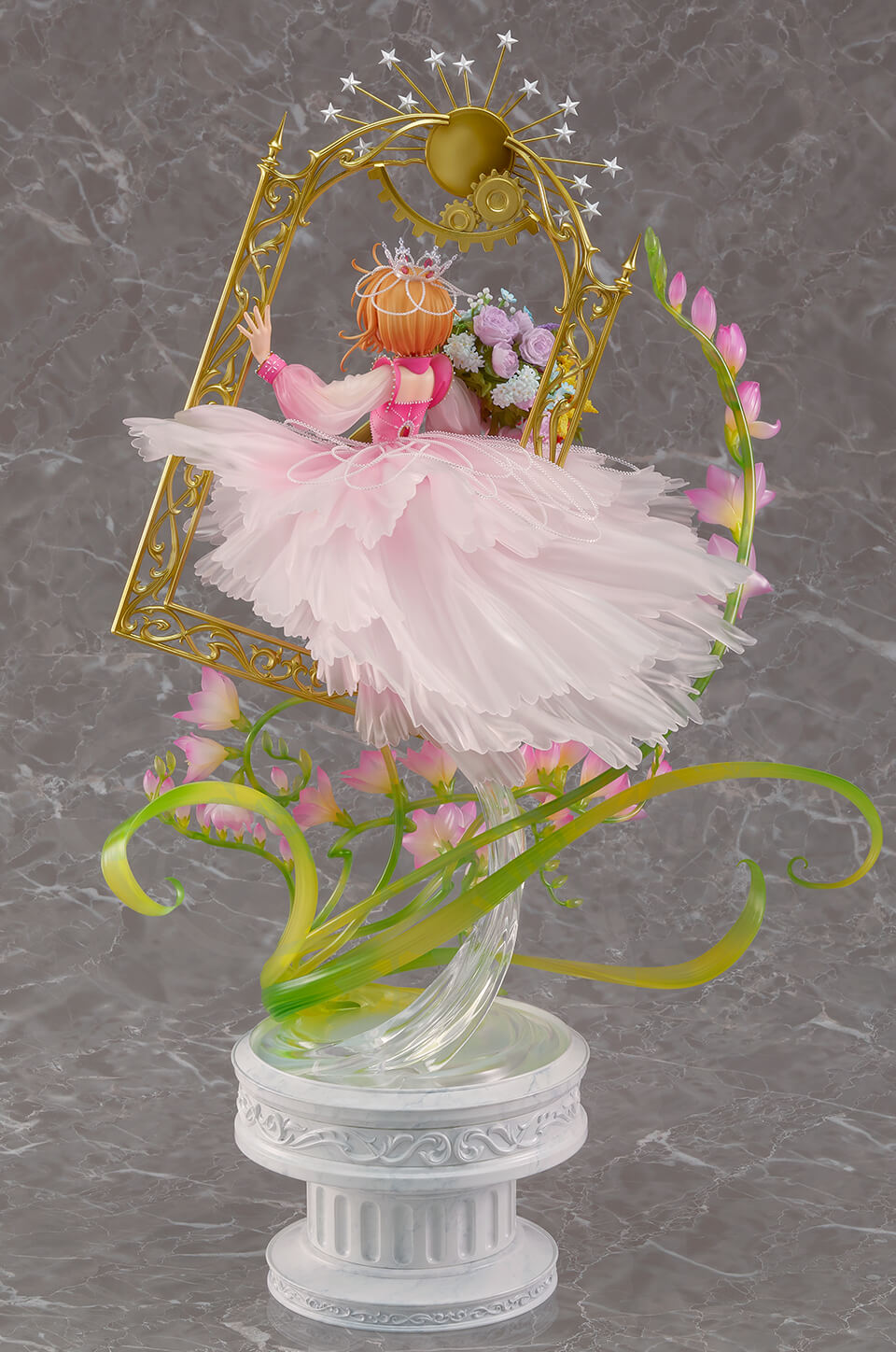 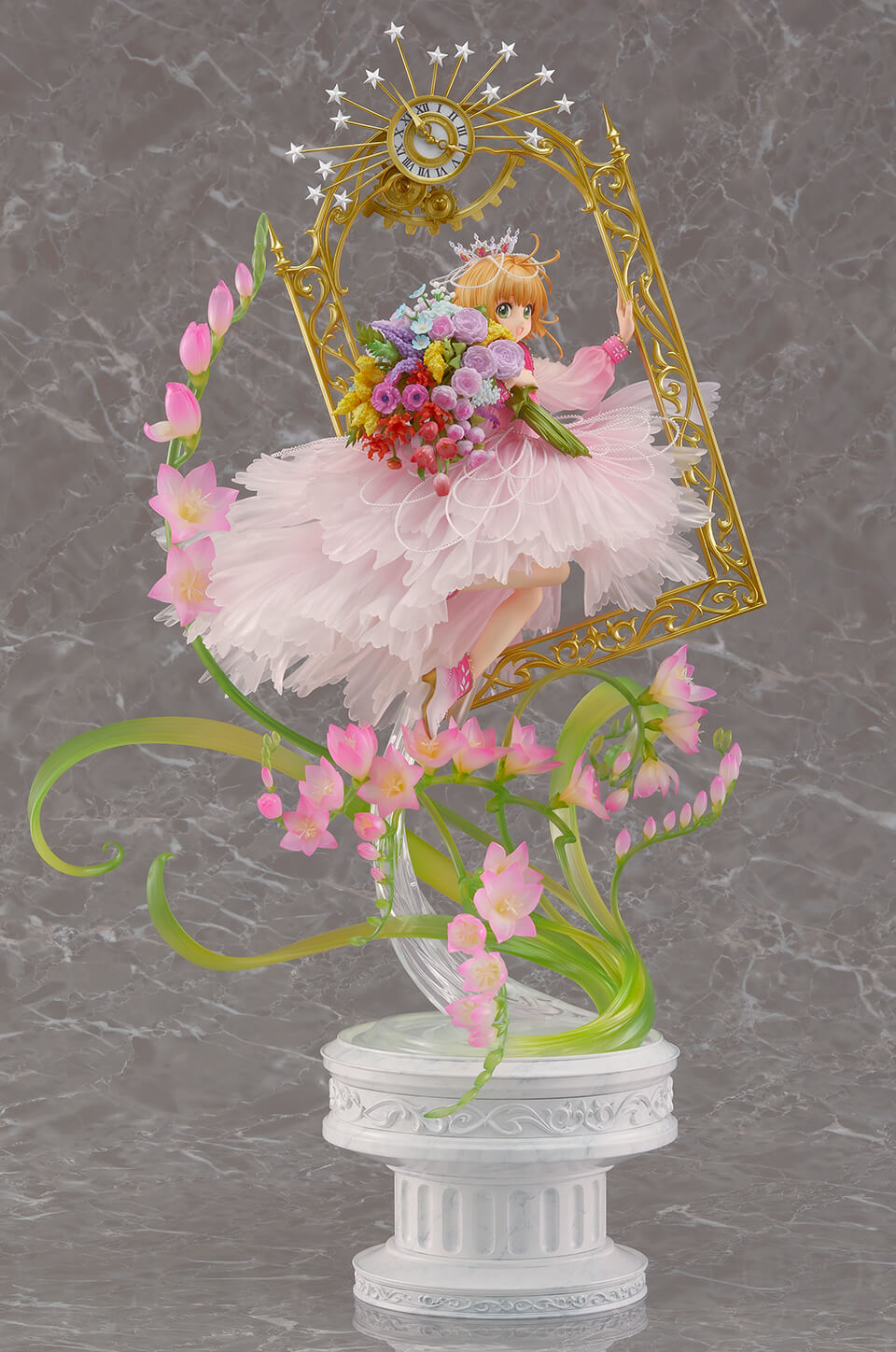 The new Sakura Kinomoto costume–which was obviously designed by Tomoyo Daidouji–is a fluffy pink affair with Sakura holding a bouquet of flowers in what seems like an archway with a clock on the top. The figure, named Sakura Kinomoto Always Together ~ Pinky Promise ~, is 1/7th scale and comes in at 530 mm tall, including the stand. Pre-orders have opened for an August 2023 release on the Japanese Good Smile website for a whopping 52,000 yen (US$473). A big price for a big figure!

Here's the original illustration from CLAMP from which the figure is based on: 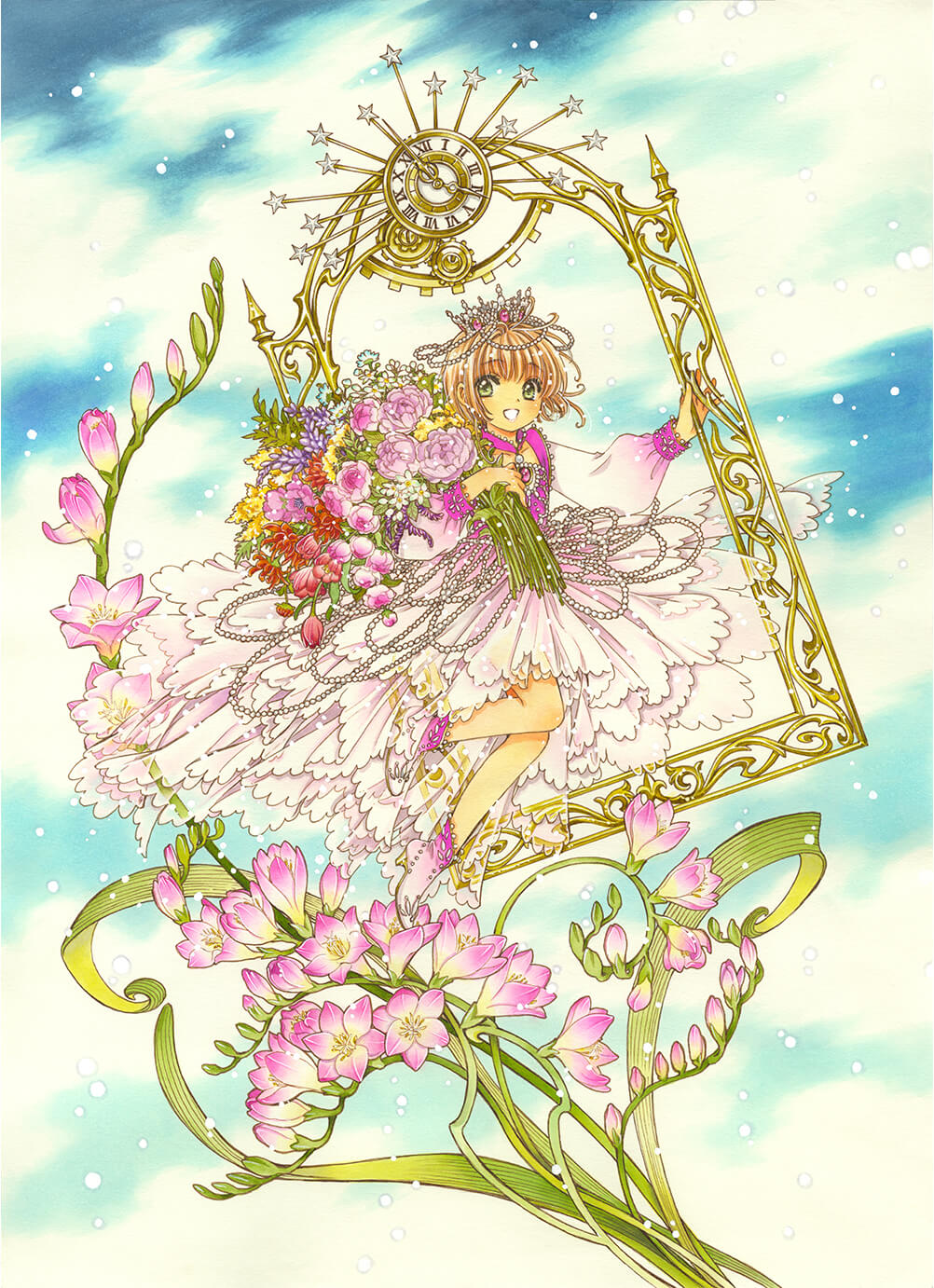