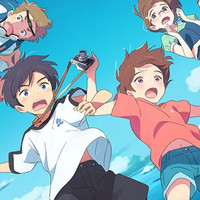 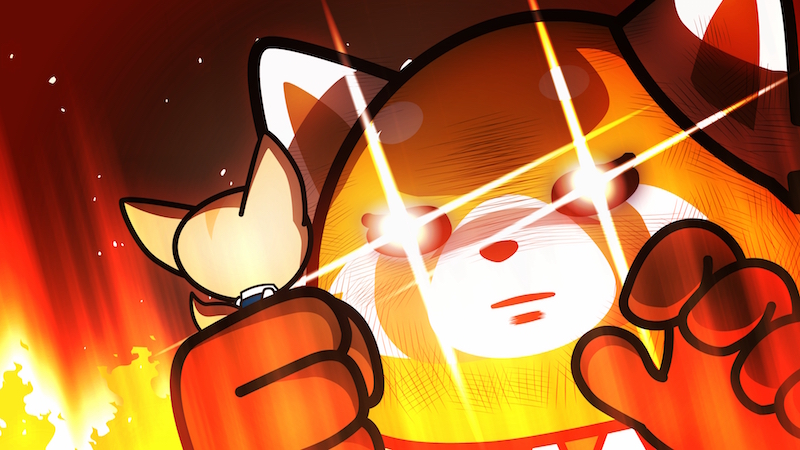 Netflix held its first ever TUDUM global fan event, taking the opportunity to put the spotlight on some of its upcoming anime slate. In addition to lining up dates and more info for projects like the Super Crooks adaptation, Bright: Samurai Soul, and Ultraman season 2, the event revealed a new anime film project from Studio Colorido and a date for Aggretsuko season 4.

The new Colorido project is Drifting Home, which has a global premiere planned for sometime in 2022. Hiroyasu Ishida (Penguin Highway) is directing the film, with a screenplay by Hayashi Mori, Hiroyasu Ishida, and Minaka Sakamoto. The film features character designs by Akihiro Nagae—with Fumi Kato as assistant character designer—as well as music by Umitaro Abe. Koji Yamamoto is producing and Twin Engine is credited with planning.

This marks the third animated feature film for Studio Colorido. Check out the teaser trailer and key art below. 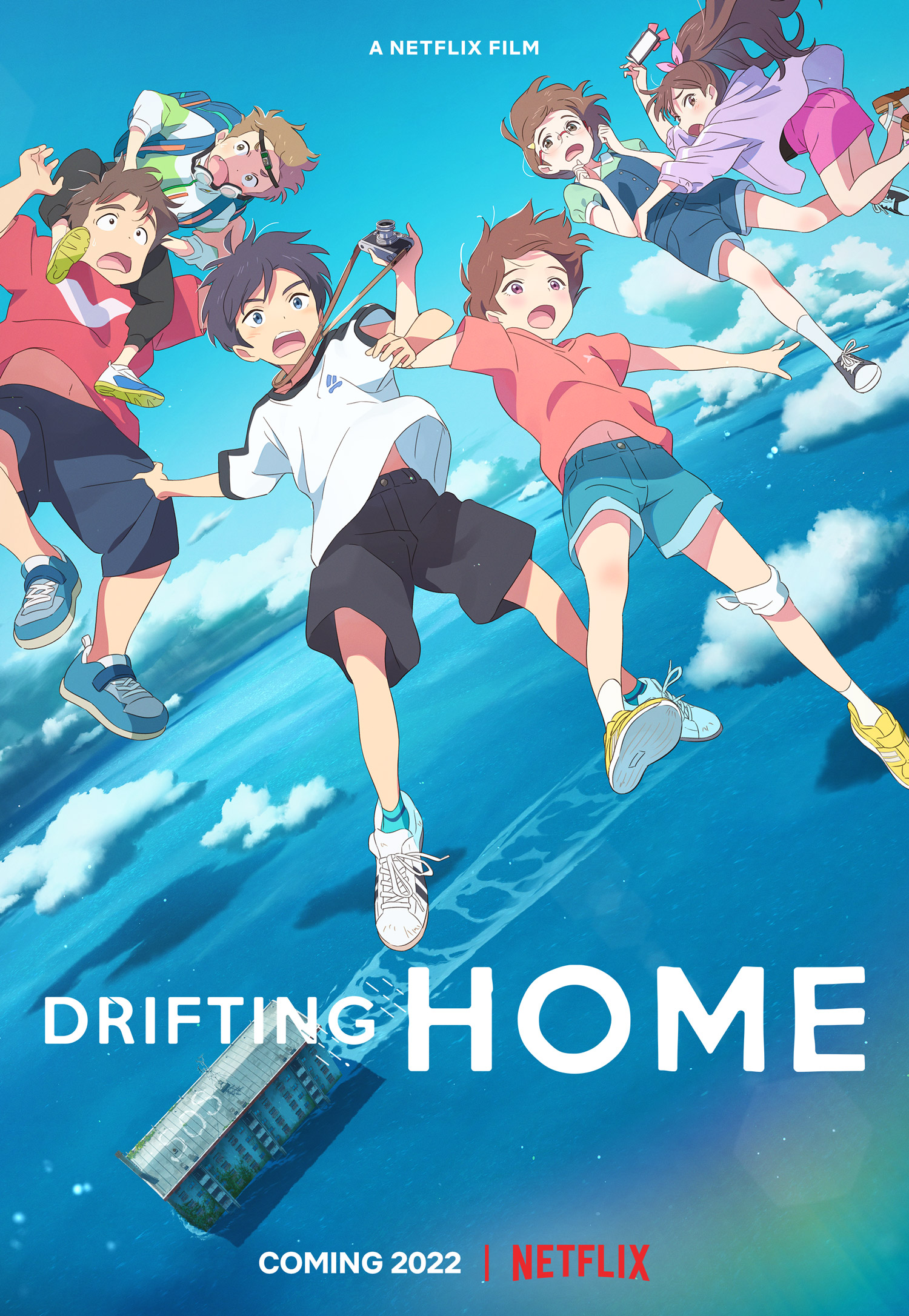 Kosuke and Natsume have been friends since childhood, but as time goes on the relationship between the two sixth graders seems strained as they keep avoiding one another. One day during their summer vacation, they go to a housing complex that is scheduled to be demolished. Having grown up there, the place holds a lot of memories, but while playing, they suddenly get caught up in a mysterious phenomenon and when they regain consciousness, they see an entire ocean before them as the housing complex has drifted into a mysterious sea and Kosuke and Natsume with it. Will they be able to return to their previous world? A summer farewell journey begins...

Aggretsuko season 4 will premiere globally this December. Check out some new key art while we wait to unleash more frustration. 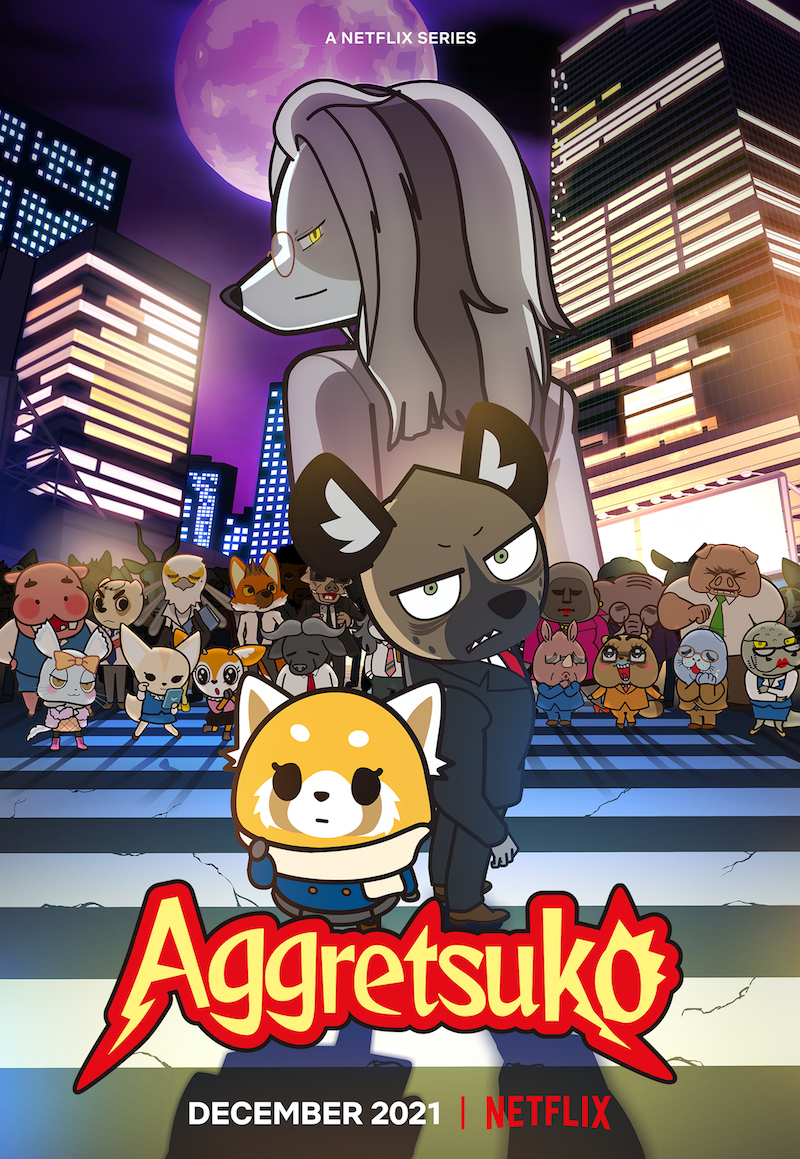 Frustrated with her thankless office job, Retsuko the Red Panda copes with her daily struggles by belting out death metal karaoke after work. After becoming an underground idol to pay off her debts, Retsuko decides to quit OTMGirls and enjoy living a happy, normal life… but just as the company she works for is facing big changes, her relationship with Haida finally begins to move.

ULTRAMAN season 2 is still just slated for sometime in 2022, and Netflix shared a new teaser visual: 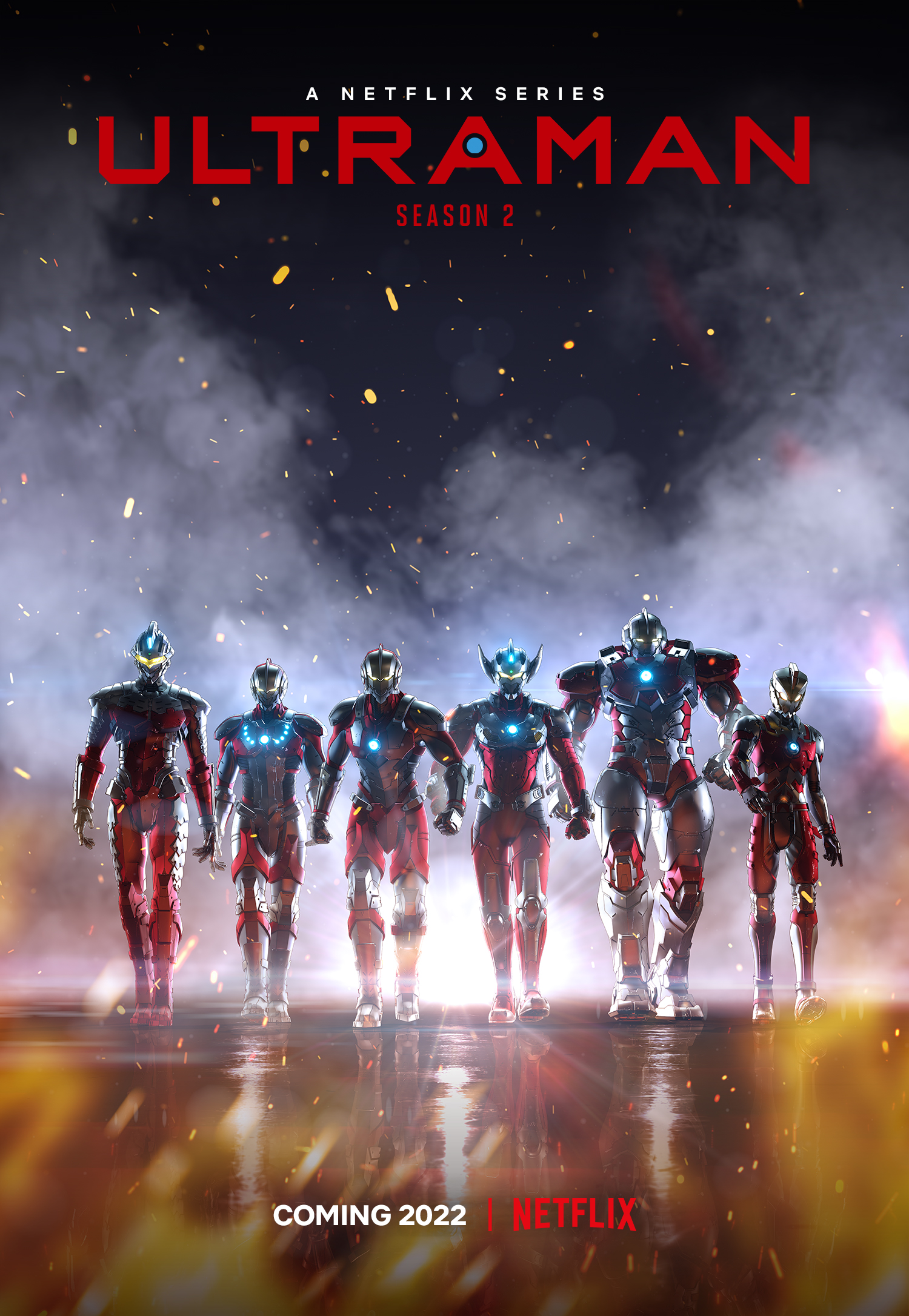 Several years have passed since the events of Ultraman, with the legendary "Giant of Light" (光の巨人 Hikari no Kyojin) now a memory, as it is believed he returned home after fighting the many giant aliens that invaded the Earth. Shin Hayata's son Shinjiro seems to possess a strange ability, and it is this ability, along with his father's revelation that he was Ultraman, that leads Shinjiro to battle the new aliens invading the Earth as the new Ultraman. 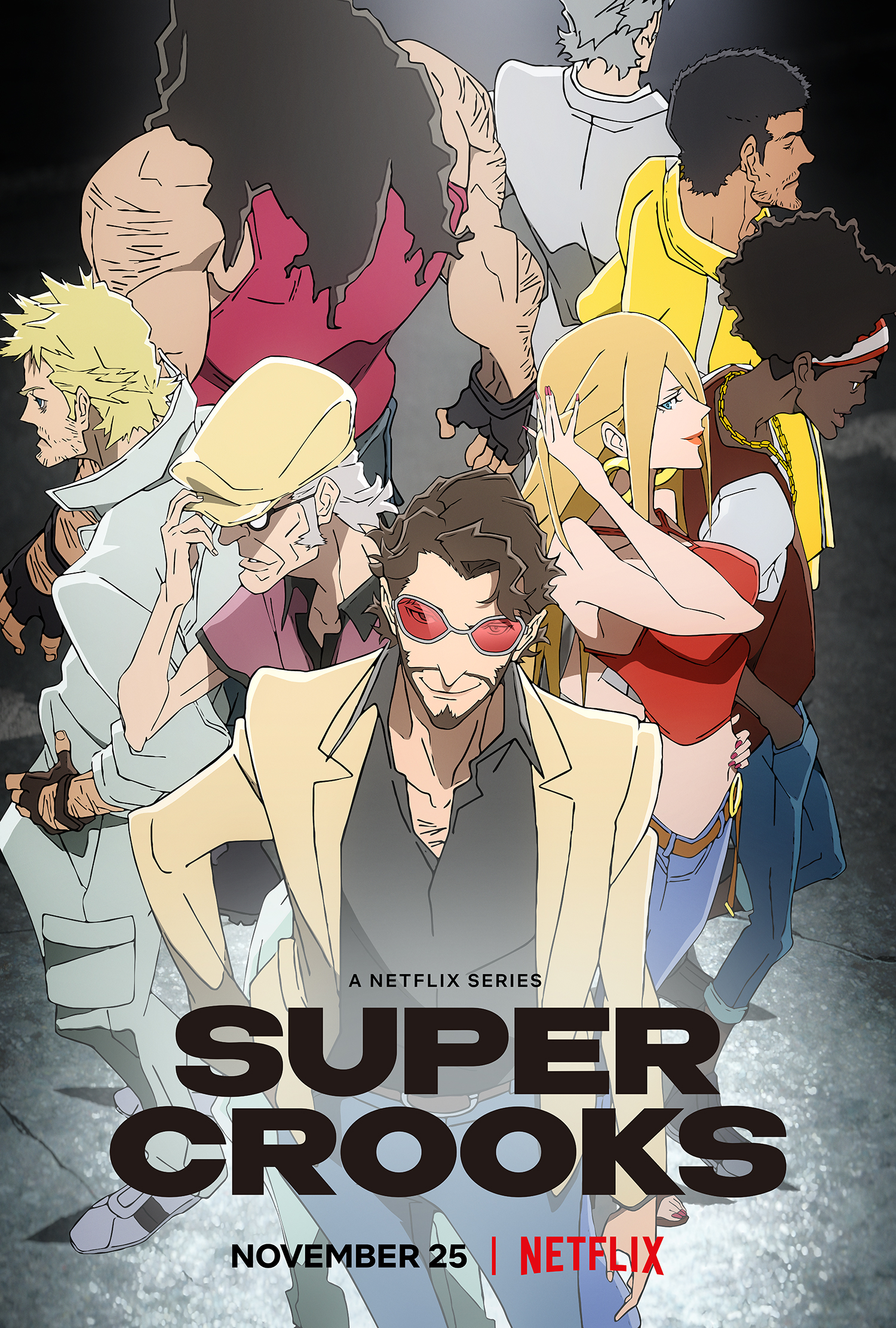 Bright: Samurai Soul premieres globally on October 12, and the latest addition to the cast is none other than MIYAVI. Here's a look at his character: 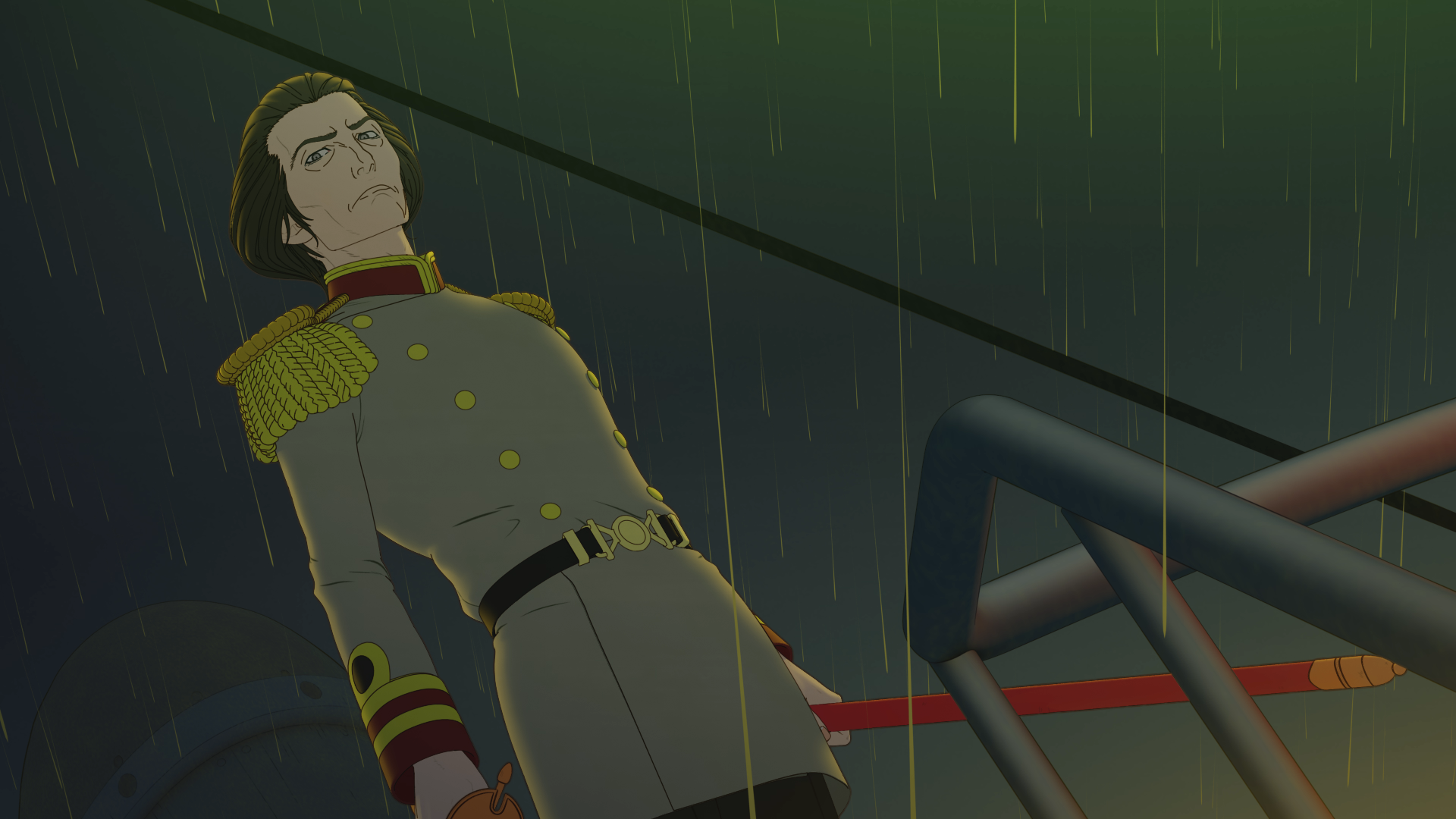 And a featurette and new trailer for the film, which is being directed by Kyohei Ishiguro and written by Michiko Yokote for anime production house ARECT.

In the time between the fall of the Shogunate and the rise of the Meiji era, a powerful bright light emitted from a wand brings an end to the long Shogunate period to avoid further bloodshed as Japan begins to shift toward a new era. Amid these circumstances, a one-eyed wandering ronin named Izou, who has lost his reason to live, and Raiden, an orc who detests murder and hopes to leave a life of thievery behind, separately meet a young elf girl named Sonya around the same time. Together, they go on a journey along the Tokaido road to bring her and the wand she holds safely to the land of the elves in the north. Standing in their path is the mysterious organization Inferni, which aims to obtain the wand and revive the Dark Lord, who intends to rule all of creation. Inferni also uses the new Meiji government in its attempt to steal the wand from Izou, Raiden and Sonya. Traveling along the Tokaido road from Kyoto to Yokohama, Izou and Raiden begin their journey to protect the wand.

You can watch the full presentation below:

Tags
netflix, studio colorido, aggretsuko, bright: samurai soul, super crooks, ultraman
« Previous Post
My Hero Academia TV Anime Season 6 Confirmed to Be In Production!
Next Post »
QUIZ: How Well Do You Know Shigaraki From My Hero Academia?
Other Top News
0 Comments
Be the first to comment!
Sort by: